When is a Czar a Czar? 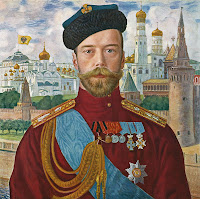 To call members of Obama's admistration a czar does not matter.  Conservative pundits latched onto the term and use it to label those whom they dislike.

I'm sure the next member of the Obama administration to gain conservative attention will also be a czar, regardless of actual position or job function.

Like the terms "death panels", Republicans have found a term that sticks and have applied a negative connotation to that term.

Bush's War Czar, Katrina Czar, Privacy Czar, and Abstinence Czar did stand up jobs.  As we all know, the war is still on, New Orleans is still a mess, the Patriot Act infringed on our privacy, and Bristol Palin is no longer abstinent...

Should I even talk about Bush's Intelligence Czar, Corruption Czar, Latin American Czar, AIDs Czar, and Copyright Czar?
Posted by Kevin at 12:57 PM