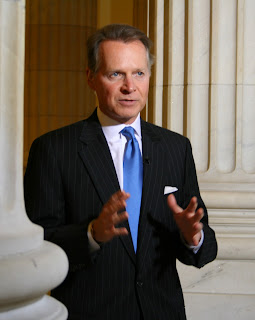 Even though Republicans promised to focus on jobs as soon as they arrived in Washington, all they could do so far is gleefully propose symbolic legislation to make their base feel better about themselves.  First, it was a "repeal" of "Obamacare," which will of course die in the Democratic-controlled senate, but now Republicans in the House passed a vague resolution that promises to reduce "non-security" spending to 2008 levels.  This legislation was submitted by Republican Rep. David Dreier of California.

Elise Foley wrote the following for The Huffington Post:


Democrats blasted the effort as a meaningless political stunt, noting that Republicans chose to move forward before the Congressional Budget Office releases estimates on exactly what funding would need to be cut. "If this was a serious effort, there would be numbers," said Rep. James McGovern (D-Mass.). "This is about issuing a press release after the State of the Union."

Still, House Republicans passed their third piece of statement legislation by moving ahead with the resolution. Rep. David Dreier (R-Calif.), who introduced the resolution, said the cuts wouldn't mean the end of cancer research or other "important programs," but failed to get into specifics. "There is no one in this body who wants to gut funding for important programs for our veterans or education, child nutrition," Dreier said. "This is merely the first step in an ongoing effort to bring our budget back into the black."

McGovern requested an exemption from the cuts for the FBI's counterterrorism spending, while Rep. Robert Andrews (D-N.J.) questioned what the bill would mean for funding for cancer research under the National Institute of Health. "No one knows exactly what's going to be cut," Andrews said. "We get verbiage, but no answer."

I had thought Dreir's comments were interesting because as Scott Keyes of Think Progress noted before elections last year that there were 111incumbents and candidates, who through their voting record and statements, support shutting down the Department of Education, with Dreier being one of them.

Also, Dreier stated "no one" wanted to cut education, yet as Think Progress noted, Dreier is not alone.

Dreier scored a 20% with the National Education Association, indicating an anti-public education agenda, and his voting record on education seems to revolve around allowing prayer in school or giving federal money to schools that allow prayer, and reducing funds for everyone else.  Interestingly enough, he has links on his website for the Department of Education, as well as other sites offering financial aid help despite the fact he had voted against grants and funding for colleges in the past.

Dreier's above comments are also interesting because he specifically mentioned "child nutrition."  The GOP attempted to block child nutrition legislation late last year, with Dreier voting "aye" on a procedural vote designed to stop the bill from becoming law - he was joined by 169 other Republicans in the House.

Dreier's hypocrisy doesn't stop with education and child nutrition.  In the past, he promoted the importance of "infrastructure and innovation" yet voted against the American Recovery and Reinvestment Act which would have provided $13 billion in tax cuts, nearly $4.5 billion in infrastructure investments, and billions more for job training and education programs in California, and he has voted on numerous free trade issues, yet just recently, Republicans proposed cuts to government programs designed to promote American business interests abroad.
Posted by Kevin at 10:12 AM