Update - Unfortunately the original site where these pictures appeared has been taken down.  In communicating with the owner of that site, The Midnight Review was informed that shortly after their site (as well as The Midnight Review) gained attention from Catholic Radio International's Jeff Gardner, there were numerous attempts to access that site causing the site to shut down shortly.  It got up and running after a couple days but then received numerous complaints of content violation (despite containing no vulgar images or libelous information) and was subsequently deleted.

Apparently someone was upset about the questions and pictures presented on that now defunct blog.

The Midnight Review's other Lila Rose post regarding the now-deleted website can be found here.  The image of Lila Rose had been changed since the website containing the original had been taken down. 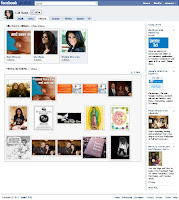 Taken from an alleged now-deleted Facebook profile from a friend of Lila Rose (the photograph was once linked to by Rose's public page as well), the included image (click to enlarge) appears to be that of anti-abortion activist Lila Rose holding a bong and looking under the influence of marijuana.

Rose, who is known for being a crusader against Planned Parenthood, recently released videos depicting a pimp receiving information from a Planned Parenthood manager aiding his illegal child prostitution ring.

Despite Planned Parenthood already informing the media that they had contacted local and federal law enforcement, Rose's organization, Live Action, decided to release the videos anyway in an attempt to discredit the organization.

Patrik Jonsson for The Christian Science Monitor wrote the following:


Lila Rose has been called the new face of the antiabortion movement. In fact, she might represent something much more ambitious...

But like her mentor James O'Keefe, a conservative activist who took down community organizer Acorn through a similar video sting in 2009, Ms. Rose has aims that seem to go beyond journalism. The videos, Rose acknowledges, are a weapon, and like Mr. O'Keefe, she is deploying them toward revolutionary ends.

Planned Parenthood is the target of the day. But the ultimate goal of this new generation of right-wing muckrakers is the overthrow of the perceived liberal-leaning mainstream media narrative on touchstone political issues such as guns, racism, and abortion. Rose casts her work in light of the civil-rights movement of the 1960s, and her videos are the tinder for peaceful social insurrection.

"Real social revolutions are basically media revolutions ... and this is a media revolution," says Brian Anse Patrick, author of "Rise of the Anti-Media" and a communications professor at the University of Toledo in Ohio. "There's a battle going on between orthodoxies. What was unthinkable or not discussed – well, here we are, we're talking about it."

Rose, who maintains a holier-than-thou attitude may have found her undoing - a moral crusader who wishes to bring down "liberal" perceptions on controversial topics such as guns, racism, abortion, and drugs, is caught in the act, but chances are the conservative up-and-comer will deny any rumors and claim such damning images are the result of her opponents editing innocent photographs and publishing them without her knowledge.

Because of Rose's extreme advocacy- she had once called for abortions to be performed in the public square - it makes one wonder just what skeletons are she hiding in her closet?  Why is Rose hell-bent on destroying Planned Parenthood?  Prominent conservative moral advocates with such highly public indiscretions come to mind - Larry Craig, Mark Foley, Newt Gingrich, John Ensign, and Mark Sanford to name a few.

Before the anonymous Facebook page was taken down, numerous other images depicting drug use and sexualized behavior were downloaded and saved to various hard drives to be released at a later date.
Posted by Kevin at 8:40 AM