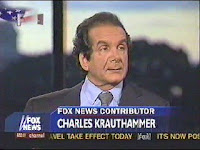 In an op-ed piece for The Washington Post, Charles Krauthammer complained about President Obama's State of the Union address - Krauthammer was apparently bothered as to how long it took Obama to mention America's debt. He also criticized the president for not touching on entitlements, which Krauthammer insists is "where the real money is."

That's all fine and dandy but Krauthammer overlooks some conservative hypocrisies - including his own. While Republicans pledged to tackle the budget and jobs as soon as they took office, they have instead focused on irrelevant laws or symbolic legislation intended to make their voting base feel better about themselves, and in regards to Krauthammer's hypocrisy, during the health care debates Krauthammer used the cuts to Medicare to stir up fear about the reform bill.

Right-winger Wayne Allyn Root had decided to use recent turmoil in the Middle East to theorize similar actions taking place in the United States.  Root insists that unemployed, debt-ridden students are going to rise up against the administration in coming years, and being the good propagandist Root is, he questions as to whether or not the administration would allow such free speech to exist.

"Will he allow free speech — even if massive protests call for Obama to step down?"

It was my understanding that the prevalent message behind the tea party was for Obama to step down, and as we have experienced over the past couple years, there has been no abridgment of our freedoms of speech, and thanks to the Supreme Court's recent Citizens United case, corporations have 1st Amendment protections, which the conservatives exploited in last years mid-term elections (aiding in achieving significant electoral victories).

Root's arguments just did not make sense - especially his insistence that unemployed, hungry students would begin to riot if the president does not adopt Republican or Libertarian policies.  As I pointed out, one major demographic that supported Obama in 2008, the "under 30" crowd, mostly stayed home last year, while the "over 65" crowd headed off to the polls.  This shift in the demographics show one thing - the Republicans can thank their electoral victories not to the poor, hungry students, but to the elderly (collecting government entitlements), and that the young students, who are so integral in this hypothetical future revolution, are to apathetic to go down to their local library to cast a ballot, so what makes Root think they would race to the streets and rebel? 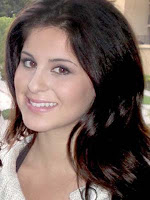 In another example of pretend journalism, anti-abortion activist Lila Rose created a video against Planned Parenthood, similar to her friend and former accomplice James O'Keefe's ACORN videos, in which she, like O'Keefe, accuses the organization of aiding and abetting child prostitution rings, although Rose leaves out one imporant fact in her little "investigation" - Planned Parenthood contacted state and federal authorities immediately after Rose's sting took place.

To get around that little detail, Rose uses the word "claim" to describe Planned Parenthood's contact with authorities and then insisted they "cover up- institutionally... the sexual abuse of minors and now it goes as far as aiding and abetting a prostitution ring," but considering the FBI had already been looking into the stings, Rose's message is pretty much discredited.  It also raises another question - if Rose had enough damning information to prove Planned Parenthood was "aiding and abetting a prostitution ring" and covering up the sexual abuse of minors, then why did she hold onto her videos for weeks until she released them to Andrew Breitbart's conservative websites and Fox News, and not law enforcement like Planned Parenthood did right after the incidents?

In a fervent attempt to defend the tea party's newest pretend-journalist darling, Lila Rose, Big Journalism contributor Meredith Dake attacks the liberal "mainstream media," and in particular John Quinoñes for his What Would You Do? specials because his most recent program explores last years controversial immigration law.  Equipped with a demo of the program from ABC News, Dake goes off on a rant, attacking Quinoñes for abusing caught-on-camera techniques, and then began to insult his video, claiming his "mall cop" mischaracterizes the law completely, but there is a big problem with Dake's take - she tries to connect the dots by drawing false comparisons to the Rose video in an attempt to point out the liberal media's hypocrisy.

It is funny that Dake even challenges Quinoñes for making a undercover video - the diffferences between Quinoñes and Rose are large.  While Rose's goal was to go into enough Planned Parenthoods until she could make a video implicating an organization in sexual exploitation rings, Quinoñes' videos simply observe the reactions of people in certain scenarios, in which he usually presents multiple viewpoints and then interviews the subjects later to find out their motivations and feelings.

She also claims Quinoñes justs gets the immigration law wrong in his videos and that he is pushing ABC's East Coast agenda.  This argument is ridiculous because she finds little to back up her argument to defend her definition of the Arizona law and then she tries to implicate ABC with a guilt-by-association attack, which does not work in her favor when considering the numerous disreputable contributors she works with under Andrew Breitbart, like James O'Keefe, Dr. Kevin Pezzi, or Jim Hoft.

At a recent Young America's Foundations event, both Dick Cheney and Sarah Palin gave speeches defending conservative values and touting how much they are right and everyone else is wrong, but it is a combination of these two peoples comments that I thought interesting - Sarah Palin insists America is out of touch with her hero's conservative philosophies and Dick Cheney defends Egyptian dictator Hozni Mubarak, calling him a "good friend."

Palin, as usual, gets her facts wrong about Republican's favorite president - she used Reagan to attack the policies of the current administration while failing to acknowledge that under Reagan, debt roughly tripled, large tax increases were signed into law, and government entitlements were kept from the chopping block.

Cheney insisted Mubarak was a "good man" and a "good friend."  Considering the Egyptian government shut down the internet, attacked supporters, and threatened or killed journalists, all in an attempt to maintain power, I find Cheney's assessment to be out of touch - most Americans support the Egyptian people seeking a democratic government and the overthrow of a dictator.

Basically, Cheney and Palin insist most Americans are out of touch with their philosophies and most they need to be more like them, or just elect their approved candidates, in order to return America into prosperity.

Can anyone recall just how we got to where we are today (economic crisis, two wars, etc.)?