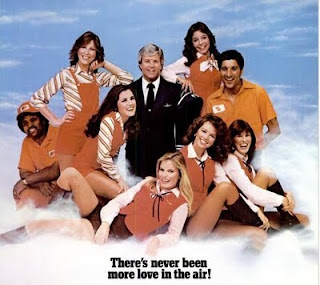 Lawrence Meyers wrote something very interesting for Big Government that I thought was worth sharing:


There is a missing element in the analysis of the situation regarding Boeing. Simply put, nobody seems to be asking how we got here.

The answer lies in teachings I picked up at a lecture by His Holiness XIV Dalai Lama. The Middle Way of the Buddhists is directly applicable to labor relations, yet few corporations recognize the merits of this approach. One only need look at Southwest Airlines to see a nearly perfect relationship between management and labor. A quote from the linked article points out:


87 percent of its employees belong to a union. Southwest has never had a strike, and now that the network carriers have whacked away at salaries and benefits, Southwest staffers are generally the highest paid in the industry. But since Southwest has about 30 percent fewer employees per aircraft than its network competitors, it has the lowest non-fuel C.A.S.M. (cost per available seat mile) of any of the major carriers.

Southwest has never had a strike. It isn’t just because its staffers are the highest paid in the industry. That’s too facile an answer. No, the real reason there has never been a strike is because of the corporate culture that Southwest has created. Southwest’s management has always made a point of making employees feel like partners. It’s as simple as the airline referring to its employees not as “employees” but as “people” — in other words, humanizing them. The airline sells its service, and its people, on “freedom”. Internally, Southwest is about “the freedom to work hard and have fun”.

Have a look at its careers webpage. It almost makes me want to fill out an application. A 10% discount on buying company stock? Comprehensive health benefits? Annual chili cook-off? I’m in.

And wouldn’t you know it? Southwest has been the most profitable airline for years.

Now take a look at Boeing. Wouldn’t you know it — the company recognized a problem in the corporate culture as far back as 2006. Wait, make that 2004. Oh, wait, that article refers to problems going back into the 1990’s. Looks like Boeing got the message and finally got someone in there to help out.

Meyers makes some very good observations about Southwest Airlines, but he oversimplifies the problem with Boeing.

The articles referenced by Meyers all seem to acknowledge problems after the fact, and really, little was done to rectify the problems (or too little too late), which is why Boeing is in this current predicament.  Another issue is that the problems pointed out by Meyers does not provide the full picture.  The articles referenced discuss poor ethics and sex-discrimination against women - not issues regarding union workers and strikes.  Meyers is comparing apples to oranges.

Are the current labor relation problems because Boeing's female employees aren't getting paid as much as their male counterparts?

What Meyers does point out is that Southwest is a better company to work for and that is why they have had no strikes, and using that logic, Boeing is not such a great company and their employees know this hence the problems.  I'll concede that maybe Boeing has recognized some of their problems, but the fact of the matter is they haven't done enough.  To put it simply, the unions at Boeing are just trying to make Boeing more like Southwest, which by Meyers' somewhat admission, is a model aviation company.

Also consider that since the same rules that apply for Boeing also apply for Southwest, these claims from the right of government interference or union thuggery simply don't apply.  It appears the only variable in the equation is Boeing, meaning Boeing is going to have to make some concessions or everyone - including their unionized employees - will lose.

In a 2006 speech from Boeing President and CEO Jim McNerney about the "new" Boeing culture, McNerney said the following: "To open up the culture, we are creating an environment that encourages our people to speak up about their concerns and feel safe in doing so."

It seems that is what the employees of Boeing have done and are being punished for, so all those problems that Meyers identified - had Boeing really done anything or were they just giving lip service to their shareholders and anyone else who was listening?
Posted by Kevin at 11:44 AM