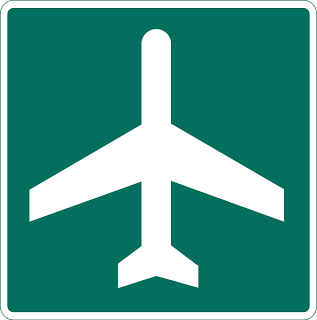 Grant Martin wrote the following for the blog Gadling:


Recent budget woes in the legislative branch of our US government have been creating a cascade of disruptions, and the most recent hiccup involves the Federal Aviation Administration (FAA). Without proper agreement on a fiscal plan moving forward, the government has been forced to shut down a portion of the agency, most notably the section that collects taxes on our domestic airplane tickets.

Those taxes account for a modest percentage of each flight, roughly between 5 and 10%, and when travelers caught wind that the taxes would be discounted, they saw the silver lining of the shutdown as being a temporary sale on domestic tickets.

As planned, the FAA shutdown took place at midnight this morning, but the savings have barely matured. What happened?

Turns out, some of the airlines also realized the gap in price difference and decided to make that up by increasing their fares. So rather than passing the tax savings along to customers, they're greedily taking the margin for themselves.

Isn't the typical argument for reducing taxes is that by doing so corporations will be able to provide a good for less or employee more people?  Isn't this why Republicans constantly refer to such entities as "job creators?"

The companies that raised ticket prices to compensate for the tax cut - American, United, Continental, Delta, US Airways, Southwest, AirTran and JetBlue - increased prices by an average of 7.5 percent, roughly the amount of the cut.  Companies have a lot to gain from their price hikes.


The Transportation Department says it will lose $200 million a week until Congress restores the taxes. J.P. Morgan analyst Jamie Baker said airlines could take in an extra $25 million a day by raising fares during the tax holiday. That's a tempting sum for airlines that have struggled against high jet fuel costs for most of the last three years.

Let's take a look at one of those airlines that decided to raise ticket costs.

US Airways recently announced it would cut jobs and earlier in the year, the company increased overweight baggage fees by as much as 80 percent.

"We adjusted prices so the bottom-line price of a ticket remains the same as it was before ... expiration of federal excise taxes," said American spokesman Tim Smith. US Airways spokesman John McDonald said pretty much the same thing - ticket prices will remain the same.  According to the airlines, they were doing us a favor before by lowering their prices a certain percentage to compensate for the federal taxes and now that those taxes are gone they can increase their prices again.  Did I forget to mention that companies like US Airways was already profitable, in part because of their added fees?

Does that sound like a company looking to create jobs or a a company that is looking to profit even more on the backs of consumers?
Posted by Kevin at 12:01 PM