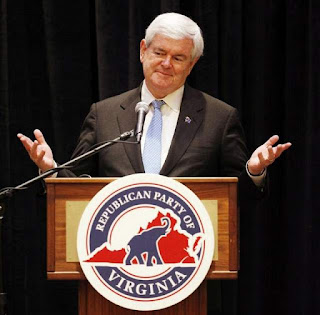 In a stroke of hypocrisy conservatives have attacked the electoral process as being corrupt by attacking the collection of recall signatures against Wisconsin Governor Scott Walker.  The Government Accountability Board, which runs the recall process in Wisconsin, had previously stated that it would not eliminate duplicate or questionable signatures on recall petitions.  Walker railed against the decision as a move to dilute the rights of voters.

“We’re going to protect the integrity of the citizen. It should be for people who have every right to sign it, but for those who don’t want to sign it, their voice should count as much as anybody else’s,” the Republican governor said.

What makes this situation interesting is because the electoral process in another state has recently gained attention.  Virginia's ballot access laws have made some headlines in the past week because GOP presidential contenders such as Rick Perry, Michele Bachmann, Rick Santorum, Jon Huntsman, and Newt Gingrich had failed to verify the needed 10,000 signatures to make it on the primary ballot.  This, had caused Big Government (among others) to post a little piece crying about the unfairness of it all.

But what has not been reported is that in the only other presidential primaries in which Virginia required 10,000 signatures (2000, 2004, and 2008) the signatures were not checked. Any candidate who submitted at least 10,000 raw signatures was put on the ballot. In 2000, five Republicans qualified: George Bush, John McCain, Alan Keyes, Gary Bauer, and Steve Forbes. In 2004 there was no Republican primary in Virginia. In 2008, seven Republicans qualified: John McCain, Mike Huckabee, Mitt Romney, Ron Paul, Rudy Giuliani, Fred Thompson, and Alan Keyes.

The only reason the Virginia Republican Party checked the signatures for validity for the current primary is that in October 2011, an independent candidate for the legislature, Michael Osborne, sued the Virginia Republican Party because it did not check petitions for its own members, when they submitted primary petitions. Osborne had no trouble getting the needed 125 valid signatures for his own independent candidacy, but he charged that his Republican opponent’s primary petition had never been checked, and that if it had been, that opponent would not have qualified. The lawsuit, Osborne v Boyles, cl 11-520-00, was filed in Bristol County Circuit Court. It was filed too late to be heard before the election, but is still pending. The effect of the lawsuit was to persuade the Republican Party to start checking petitions. If the Republican Party had not changed that policy, Newt Gingrich and Rick Perry would be on the 2012 ballot.

Interestingly enough, Big Government decided to leave out the last paragraph of the work they cited which states that the Democratic Party also opposed such strict ballot access laws but in a move to help candidates get on the ballot, the party would help collect signatures for all recognized candidates - something the GOP did not do.  Big Government's post appears to make the case that it is unfair that the GOP needs to check their own signatures while doing a simple search on their website, Big Government has hypocritically attacked Wisconsin's Government Accountability Board for doing just that.

For now, Gingrich is left to grumble about the “system” of authenticating signatures in the Virginia primary. He may have a point. Candidates are required not only to collect over 10,000 signatures to get on the ballot but have to have at least 400 from each of the state’s eleven congressional districts. Both Perry and Gingrich cleared the first hurdle by at least a thousand signatures, but it appears they may have stumbled on clearing the second. We don’t know this for certain — the Va. GOP hasn’t explained why Gingrich and Perry failed to qualify– but this seems likely.

Gathering enough signatures from enough of the different districts proved too tricky. In at least one district that’s a tall order. Virginia’s 3rd and 8th congressional district, for example, are among the most Democratic in the country, with a PVI score of D+20 and D+16, respectively. Woody Allen may be right when he said 90% of success is just showing up, but it is hard to show up when there is effectively no Republican party in some congressional districts...

It’s the prerogative of any state party to set up the rules that govern its primary but it sure seems short-sighted to disqualify two candidates that fulfilled the 10,000 signatures requirement, especially given how much Virginia GOP could benefit from a renewed focus and all that earned media attention on the Old Dominion.The usually reliable red state broke for Obama in 2008, by six points over John McCain. Indeed Obama became the first Democrat to win Virginia voted for Obama in 2008, making it the first time since 1964 that the state broke for a Democrat, but these gains were reversed when Attorney General Bob McDonnell crushed Democratic senator Creigh Deeds in the gubernatorial race by seventeen points.

So Johnson believes it is the "prerogative of any state party to set up the rules" but when those rules are too hard to meet, Johnson believes they should be ignored because the exclusion of those candidates who simply could not collect the required amount of signatures from each of the state's congressional districts may benefit the Virginia GOP.

In regards to the Wisconsin recall effort, Big Government's Brett Healy had some things to say about the decision of the Government Accountability Board.

"So, it turns out Wisconsin’s election watchdogs are choosing to do the bare minimum when it comes to making it easier to detect duplicate and fraudulent signatures on the recall petitions," he wrote.

It appears that Healy's Big Government buddy Johnson would want that "bare minimum" for the Virginia Republican primary.

Can you smell the Big Government hypocrisy?
Posted by Kevin at 4:47 PM