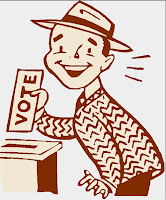 If you listen to any conservative politician, activist, or media personality out there, you would be led to believe that any and all voter fraud starts and ends with Democrats and their liberal allies, so you would understand why it would come as a surprise when Newt Gingrich blamed one of his own campaign workers for fraud as the sole reason for keeping him of the Virginia GOP primary ballot.


A worker collecting signatures to get Republican GOP presidential candidate Newt Gingrich on the Virginia primary ballot turned in fraudulent signatures, Gingrich told a woman at a campaign stop in Iowa on Wednesday.

Gingrich spokesman R.C. Hammond confirmed the story, which was initially reported on CNN, and said: "We are evaluating our options."

Of the 11,100 signatures the campaign turned in, 1,500 of them turned in by the worker were false, Gingrich said. He said that the campaign needed 10,000 to be placed on the ballot.

If you do the math, almost 14 percent of Gingrich's signatures were fraudulent, thanks to a Republican campaigner.
Posted by Kevin at 1:30 AM