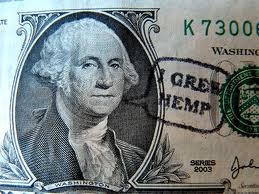 Republican presidential candidate Newt Gingrich decided to exercise his historical knowledge tackling the decriminalization of marijuana and the opinions of our founding fathers, in particular George Washington and Thomas Jefferson.

Sam Stein wrote the following for The Huffington Post:


If Newt Gingrich needed a reminder that he wasn't in Iowa anymore, it came rather quickly during his first appearance here Wednesday, when he was pressed on three separate occasions about the overreaches of federal drug policy.

During a town hall-style appearance in Concord, the former House Speaker said he had no interest in exploring drug decriminalization, arguing that such efforts haven't worked in Europe. Contra Gingrich, however, Portugal has had some success with decriminalization initiatives.

Pushed a bit later on the incarceration rate related to petty drug crimes, Gingrich responded, "I think the best thing is to get young people not to do drugs and then you won't be dealing with criminals that you just described."

A third resident of the "live free or die" state argued that the founding fathers had been far more lenient about marijuana than the current political class. "I think Jefferson or George Washington would have rather strongly discouraged you from growing marijuana and their techniques with dealing with it would have been rather more violent than our current government," Gingrich replied.

This is where Gingrich the Historian demonstrates his lack of knowledge - both Washington and Jefferson both grew marijuana, or hemp, on their Virginia farms back in the day.

The Straight Dope (you can check numerous other sources if you want) detailed the extent of Washington's and Jefferson's drug experiences:


Two approaches we could take here. The first is we just stick to the facts. Lotta fun that is. The second is we wave gaily at the facts en route to a more entertaining sociopolitical perspective. This is the Fox News system, and you can see it works for them. Let's see what we can come up with based on the following:


As a bonus, here are a couple quotes:


"Hemp is of first necessity to the wealth & protection of the country."
- Thomas Jefferson, U.S. President

"Make the most you can of the Indian Hemp seed and sow it everywhere."
- George Washington, U.S. President