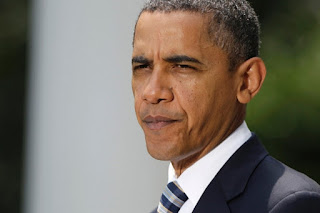 President Obama will ask Congress on Friday for the reorganizational authority held by presidents up until 1984 to restructure government agencies to help eliminate waste, redundancies, and bureaucracy, starting with a proposal to start merging six trade and commerce agencies.

They are: the Commerce Department's core business and trade functions; the Small Business Administration; the Office of the U.S. Trade Representative; the Export-Import Bank; the Overseas Private Investment Corporation; and the Trade and Development Agency.

Not only would this move help to make a friendlier environment for businesses, it could possibly eliminate up to 2,000 government jobs - a Republican wet dream - so the real question is how would Republicans react?

Will Republicans back the proposal and applaud the decision to try and shrink government and aid businesses, er, I mean job creators, or will they attack the president for a power grab and try to leverage their own talking points for even more concessions from the Democrats?

Even though you pretty much hear this kind of thing from the Republican presidential candidates all the time - think of how many of them said they would eliminate government agencies or stop certain governmental functions on day one of their administration - I think the latter of the two above mentioned scenarios will play out. Just look at the payroll tax cut debate at the end of last year. Despite touching on everything Republicans love, they refused to go along with Democrats demanding more to get the tax cut passed.

It is also a possibility that Republicans will refuse to budge on this consolidation effort in fear that Obama will gain momentum in the payroll and Bush tax cut debates to come, which will no doubt play a role in this year's election.
Posted by Kevin at 11:57 AM