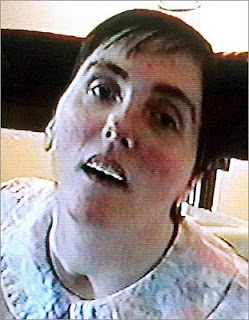 In regards to the electability of Rick Santorum, news articles have been recently uncovering yet another reason why Santorum will never see it to the presidency - something pundits are calling his "Terri Shiavo problem," referring to the controversial fight over whether or not to keep a brain-dead woman on life support despite the wishes of herself and her spouse, eventually leading to the intervention of both the government and the courts.


Then-Sen. Rick Santorum (R-Pa.), who's now running for president, was one of the leading proponents of state intervention to save Schiavo's life, cosponsoring a bill to intervene in the case and even visiting Schiavo in the hospital. That aggressive advocacy helped lead to Santorum's ouster from Congress the next year. Now, the Schiavo debate is rearing its head in New Hampshire—and on the same day that Santorum needs a strong showing in the state's first-in-the-nation primary after his near-win in Iowa's caucuses...

In 2005, Santorum repeatedly demanded that Schiavo be kept alive against the wishes of her husband. "We need to do something to stop this unconscionable act on the part of the Florida Court," he said. "Terri Schiavo is a daughter, a sister, and most importantly, a person. We cannot allow an innocent person to be put to death." Santorum even used his position as a US senator to get Congress to subpoena the judge in the case. (The judge ignored Congress.) And most memorably, Santorum paid a visit Schiavo in the hospital when all the nation was watching—a visit, it turned out, made possible by Walmart's private jet and coinciding with a fundraiser of Santorum's.

While the article touched upon Santorum's fanaticism and fundamentalism and his avoidance of the topic to not risk upsetting social moderates that tend to dominate New Hampshire Republicans, the article failed to mention one other thing - Santorum's hypocrisy regarding his desire to intervene in the Shiavo situation and his opposition to universal health care, more specifically the individual mandate (after his flip-flop reversing his support of a mandate, of course).

Santorum has made claims that "Obamacare" is designed to create dependents of the state - to "hook" voters into voting Democratic, thus stealing the election from people like Santorum.

“ObamaCare is a game-changer that makes every single citizen dependent on the U.S. government for their life,” Santorum said at a town-hall meeting in New Hampshire. “That’s how they see you … as people to hook, as people to become dependent on them. There’s a push to get more and more people dependent. Why? Because [they say], 'Once we get you hooked, we’ll never let you go, and by the way, they’ll reelect us.' "

He also has made arguments attacking the mandate forcing people to purchase into insurance markets.

And where was Santorum when the audience at one of the GOP debates called for letting the uninsured die?

So what is the significance?

While Santorum attacks health care reform for forcing people to purchase into the health care market based on the fact that they will one day participate in that market, he had no problem forcing uninsured individuals from receiving medical care - Terri Shiavo was dropped from her insurance provider, Prudential, June 30th, 1990.

One can ask the question of where Santorum's form of government intervention stops.  Will parents fear prosecution for not tending to the smallest of their childrens' colds?  Will children face punishment for not taking care of their elderly parents?  And who foots the bill?
Posted by Kevin at 7:13 PM