Ann Romney Had An Abortion 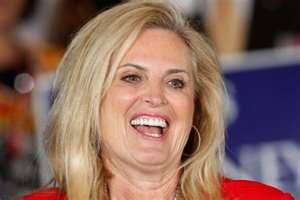 The Republican Party recently adopted a new platform plank regarding abortion, declaring that abortion was not acceptable in any instance, including rape or incest.  Also take into consideration Mitt Romney's running mate's comments regarding rape justifying the exclusion of any exception, in which Paul Ryan states that rape is just another "method of conception" and that regardless of how a woman gets pregnant or if that pregnancy places her life in danger, life begins at the moment of conception.

What does this have to do with Ann Romney?

According to conservative philosophy, miscarriage equals murder, and recently Ann Romney admitted to CBS that she had a miscarriage and had aborted her baby twenty years ago.  That's right!  Ann Romney had a spontaneous abortion, and Republicans believe abortion in all instances should be illegal.

I am sure the Romneys won't see this the same way, much like Rick Santorum having no problem attacking abortion for others while his wife got one to save her life.
Posted by Kevin at 10:15 AM