John McCain recently visited "Face the Nation" where he speculated that the attacks against the American consulate were premeditated acts of terror.

"Most people don't bring rocket-propelled grenades and heavy weapons to demonstrations. That was an act of terror," McCain said. "For anyone to disagree with that fundamental fact, I think, is really ignoring the facts."

As the Tea Party movement in America grew from initially being concerned with taxation and eventually adopting the most conservative stance on essentially every other issue, there was something that the tea party increasingly did that was similar to what the protesters had done overseas and what John McCain has called "an act of terror." The conservative American protesters would bring guns and assault weapons to protests and rallies.

Here are some pictures of Tea Party protesters with some weapons: 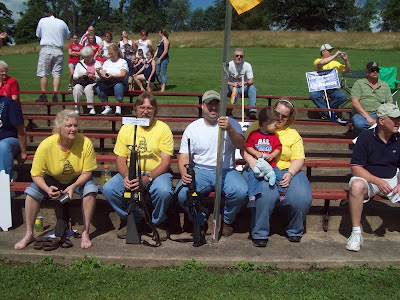 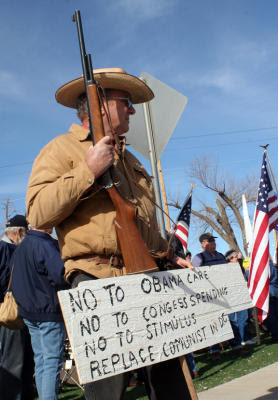 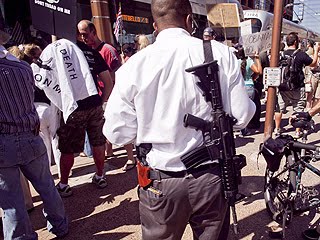 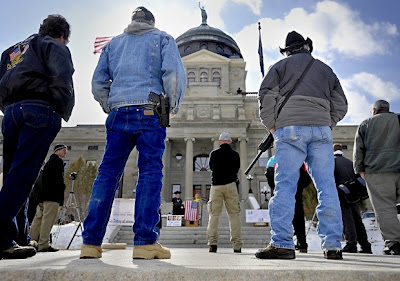 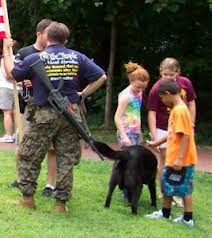 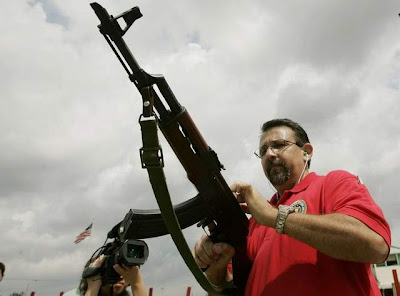 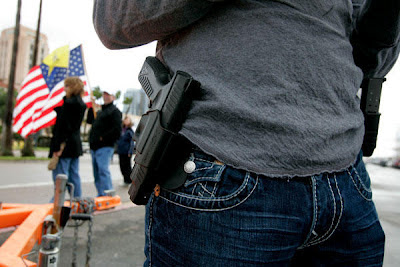 So what was that that John McCain called bringing weaponry to a protest again?

Also consider another similarity between the two sets of protesters - religious intolerance.

Just consider the uproar from the right when the word "god" disappeared from the political platform of the Democrats and the push across the nation to impose extremist Christian values on the entire population.

Sound like the criticisms the right levied against the Middle East during the Arab Spring and the elections that took place in those affected countries?
Posted by Kevin at 11:01 AM