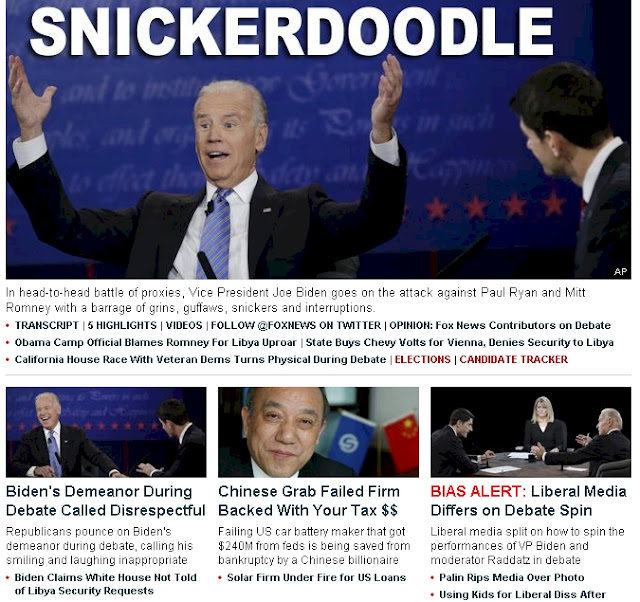 How can you tell?

Fox News is attacking the body language of the vice president and not the actual message he delivered.

Joe Biden attacks with "a barrage of grins, guffaws, snickers and interruptions?"

Biden's "demeanor during debate called disrespectful" and his "smiling and laughing inappropriate?"

Fox News even included this headline on their website: "Biden's Mom and Dad Taught Him Many Things, But Not Manners."  Remember when Harry Reid referenced George Romney saying Romney's "poor father must be so embarrassed about his son?"  Conservatives had a a bitch fit.

Anyway, all these criticisms against Joe Biden seem peculiar when considering what they said, or rather did not say when Romney interrupted his way through last weeks debate.  Fox News bent over for the Romney campaign, publishing everything from attacks on other media for not publishing more positive stories for their candidate to articles attacking what they call "lies" against Romney.  Those "lies" were actually all the numerously debunked talking points Romney steamrolled during the debate.

And then there is this: 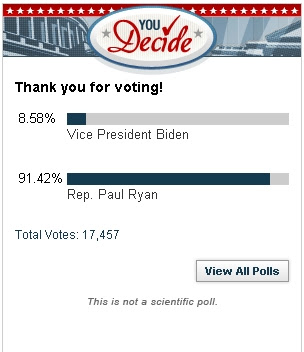 The Fox News poll identifies Ryan as the winner of the debate with an overwhelming 82-point lead.  Not really a surprise though.  It is probably safe to say the respondents to this poll cannot articulate a single position Romney holds, but then neither can Romney.

Even on the issues Fox News seems to leave out some important facts.  Take Libya for example.  Fox News claims Biden placed the blame of the terrorist attacks solely on the intelligence community and that the administration denied security requests but is completely absent of the fact that Paul Ryan voted against budget increases for security at foreign embassies, and in another article, Fox News attacks the Obama response to the Romney response on September 11th.

It is interesting when comparing this response to the response made by Democrats and liberals when Obama seemingly lost the debate - they focused on the facts and attacked the numerous points.  Sure they criticized Romney's demeanor and the weak moderation, but almost everyone said the same thing, that is except for people like Fox.

Here are some of the other conservative media headlines: 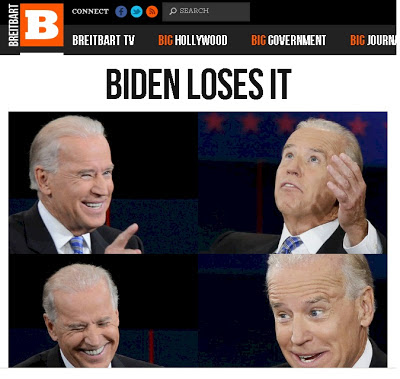 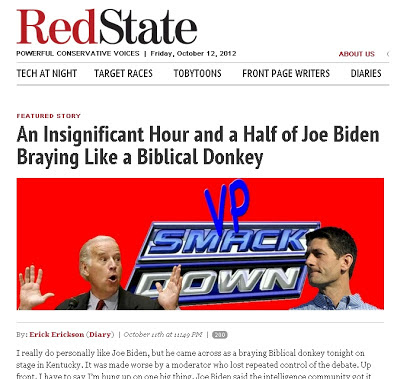 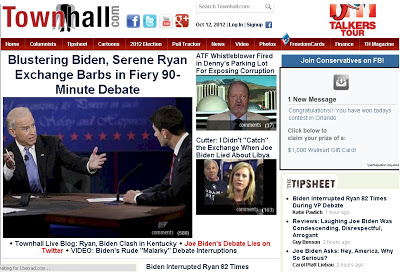