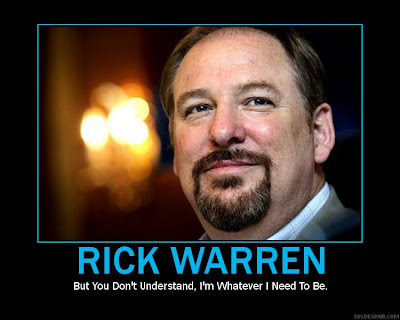 It is understandable that people will view this post in poor taste.  It is also understandable that people will fail to question not only their faith but the faith of their leaders in times like these.  It is for this reason that these quotes by Rick Warren are posted in a story regarding the suicide of his son.  After all, Warren should be comforted by his own words - that his son will enter heaven and be one with God because he took his life while suffering a mental illness.
Posted by Kevin at 6:24 PM