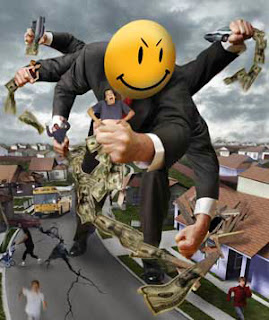 Earlier this month it was reported that retail behemoth Walmart will be matching Buy One Get One Free, or BOGO, advertisements from its Florida competitors in an attempt to capture a greater share of the market.  Susan Thurston wrote the follow for The Tampa Bay Times:


Under the new policy, the Bentonville, Ark.-based company will match other stores' BOGO deals using Walmart's everyday price, even if it's lower than the competitor's price. That means a BOGO deal for Cheez-It crackers costing $3.69 at Publix could actually cost $2.50 at Walmart.

Stores will keep track of BOGO deals at Publix, Winn-Dixie and other stores and give them to customers who ask at checkout, Philhours said. Shoppers do not need to bring in a competitor's ad.

The match guarantee squashes many shoppers' arguments that Walmart doesn't have the lowest prices if you factor in sales and weekly BOGO deals offered at other grocery chains. It applies to all Walmart stores, Supercenters and Neighborhood Markets across Florida but does not apply in other states.

It was noted that this move appears to be a swipe at another Florida retail giant - Lakeland-based Publix Supermarkets - whose marketing campaign has relied heavily on such BOGO deals.  While there are other competitors in the state, since the sale and exit of Albertsons from the state and the bankruptcy of other Florida chain Winn-Dixie, Publix tops out the list with market share at nearly 43 percent with a double digit lead over their next competitor, Walmart, which stands at 26.3 percent.  The next would be Winn-Dixie with roughly 16.4 percent (that number includes the acquisition of Sweetbay by Winn-Dixie's parent Bi-Lo Holdings, LLC.)

Walmart's business model has been largely unsustainable.  Ever since they rolled out the superstore format, their plan seemed to center around constant growth, invading markets, stealing customers, make profits, and then move to the next Walmart-virgin market.  Their business model relied heavily on weaker competition and saturating the market with big box stores but once you eliminate the new growth Walmart's figures would appear to stagnate.  Walmart has been experiencing lackluster sales growth, decreased same-store comparable sales, and increased pressure from local competition - namely Publix - and when you take into consideration the low profit margin Walmart operates at (roughly 3.5 percent), attempting to steal even more business from competitors like Publix (which operates at a higher profit margin and has shown greater growth then Walmart) appears to be a desperate move on behalf of the Bentonville retailer.

In an industry known for low profit margins, Walmart is not only doing everything to try and stem their losses and recapture their growth, now matching BOGO deals from every Florida competitor shows a company struggling to survive in a marketplace dominated by what Forbes had dubbed "The Walmart Slayer" - Publix.  Publix has also struck back against the invasive chain with a series of ads, something few other retailers have done - fight Walmart.  Not to mention Walmart is suffering on its flanks from other discount retailers such as Aldi, Dollar General, Dollar Tree, and ethnic markets such as Sedanos or Bravo.  Essentially, Walmart is hoping that chipping into their already low profits to attack their more dominant competitors in the state can help drive business but considering Walmart is already peppering the state with their smaller-sized Neighborhood Markets and they still cannot beat Publix, it is safe to say that customers have already made up their minds as to what they want and Walmart is just pursuing another unsustainable avenue.
Posted by Kevin at 8:37 AM