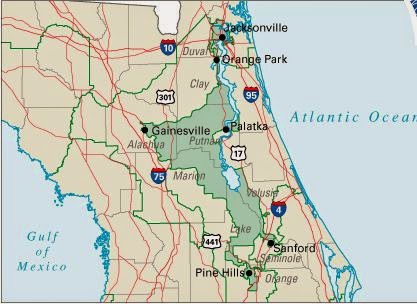 Congressional districts or districting plans may not be drawn to favor or disfavor an incumbent or political party. Districts shall not be drawn to deny racial or language minorities the equal opportunity to participate in the political process and elect representatives of their choice. Districts must be contiguous. Unless otherwise required, districts must be compact, as equal in population as feasible, and where feasible must make use of existing city, county and geographical boundaries.

If you have never seen the text above don't feel bad.  Apparently the Republicans in Florida never did either.  Above is the constitutional amendment Floridian voters overwhelmingly approved four years ago during the 2010 midterm elections.  In response to the new constitutional amendment calling for geographically compact and demographically balanced districts, state Republicans, with the aid of lobbyists and political operatives, redrew Florida's congressional districts to maximize Republican votes.

How did they do this?

They carved out every minority neighborhood and democratic stronghold from Orlando to Jacksonville - a 200 mile "compact" stretch.  And don't forget college town Gainesville.  All these areas were shoved into one single "safe" Democratic district held by Corrine Brown, effectively making several other "safe" Republican districts.

These gerrymandered districts were called out by a federal judge in July as being blatant power grabs by the majority party and ordered them redrawn.  So what did Republicans do? 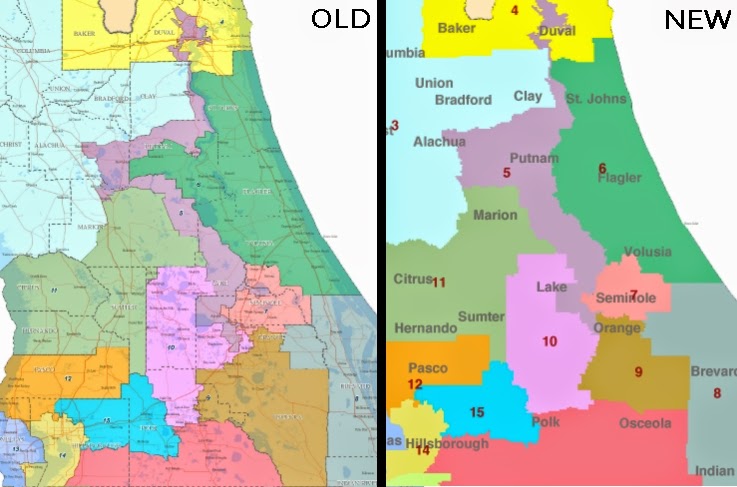 While they gave Brown's "safe" district a little more conservative voters and added some minority neighborhoods to Daniel Webster's conservative district, they also took away a huge swath of Osceola, an area that is 47.8 percent Hispanic (25%of the population being Puerto Ricans), from his district, so essentially the only change was making Corrine Brown's district a little less "safe" while maintaining every adjoining Republican district.

How are these districts constitutional?
Posted by Kevin at 8:12 PM 1 comment: 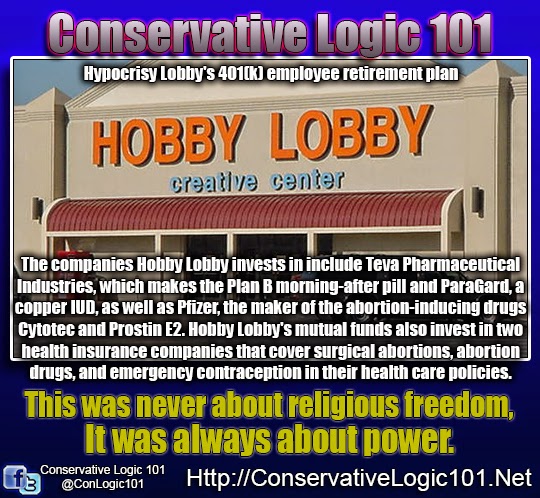 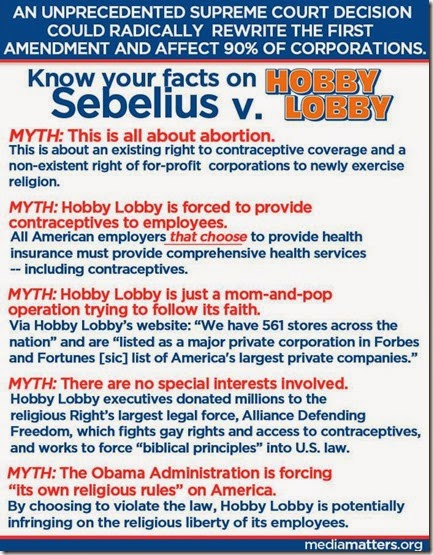 This is where the unions may be able to benefit from this ruling.  They could also claim that by having to represent the free-loaders they (as in the workers who have decided to unionize and become a collective force) are being forced to associate with those who wish to ride on their coattails.  If unions were freed to only represent those who join, they could negotiate better terms for their members while those workers who believe they would fare better if they negotiated on their wold be free to do so, and enjoy their reduced benefits and wages as a result.
Posted by Kevin at 10:38 AM No comments:

Tell me if this fundraising ad from Marco Rubio's Reclaim America PAC is in bad taste: 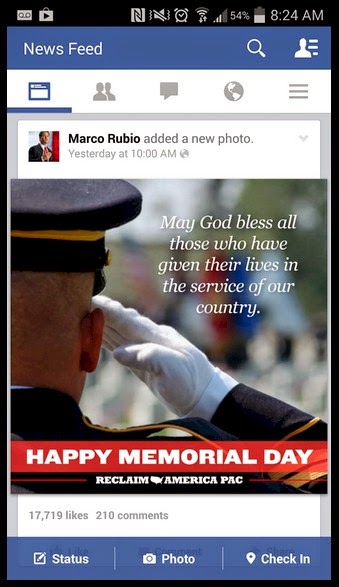 First of all, what is "happy" about the observation and remembrance of those who have dedicated and sacrificed their lives for this nation?  Memorial Day is not just another occasion to have a 3-day weekend and barbecue, or in Rubio's world, an opportunity to fund-raise off of the deaths of service men and women.
Posted by Kevin at 8:43 AM 1 comment: 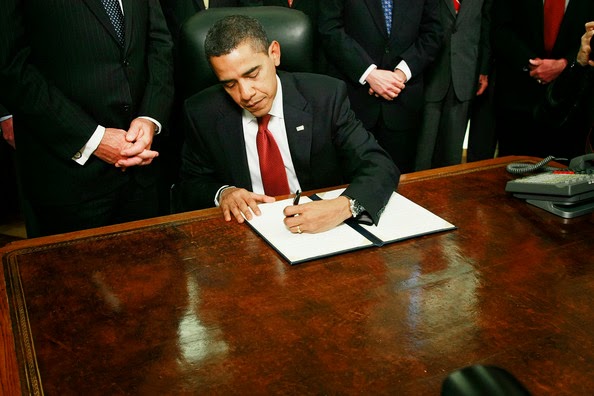 The only difference was that when George W. Bush used his executive power to increase the rate of pay for federal workers Republicans did not weep for the death of the Constitution.
Posted by Kevin at 10:25 PM No comments: