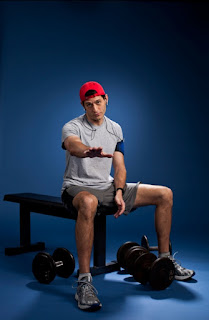 Paul Ryan has been playing the Sarah Palin game of trying to stay relevant since losing the election last year and with each congressional delay Paul Ryan is making the rounds to try and sound knowledgeable by throwing around financial terms as if they were beads at Mardi Gras.  Paul Ryan made some blatantly ignorant comments on Meet the Press on Sunday.

“We think these sequesters will happen because the Democrats have opposed our efforts to replace those cuts with others and they’ve offered no alternative,” said Ryan. "I think the sequester is going to happen, because that $1.2 trillion in spending cuts, we can’t lose those spending cuts, that was to pay for the last debt-ceiling increase, let alone any future increase."

This is where Ryan's partisanship begins to show.  While he has carefully crafted an image of a numbers wonk and somewhat-moderate-yet-severely-conservative Midwestern politician, ignoring his entire voting record prior to 2008 of course, he throws in financial words into a sentence and then pretends to sound like the victim of some cruel Democratic joke.  Let's look at the crux of Ryan's Meet the Press statement: "$1.2 trillion in spending cuts... [will] pay for the last debt-ceiling increase."

The debt ceiling is not the authorization of new expenditures so it therefor does not require spending cuts (or revenue increases) to cover the costs.  The debt ceiling provides the United States to pay for existing commitments Congress has already made - the Congress that Paul Ryan is a part of (and part of the majority party in the House no less).

Paul Ryan is basically trying to manipulate the media in trying to convey the message that the Democrats are a bunch of uncompromising weasels by twisting facts and easily confused financial terms (debt vs. deficit).  Ryan is counting on the moronic masses to actually believe that spending cuts from the previous session of congress pay for something that isn't a matter of new spending.
Posted by Kevin at 6:01 PM