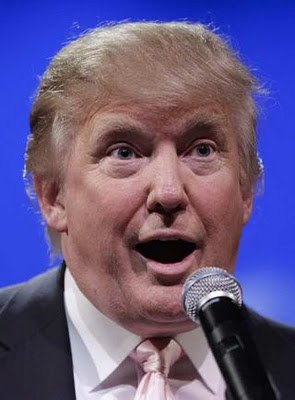 There as been a feud brooding between MSNBC host Lawrence O'Donnell and Donald Trump for some time, but it appears that O'Donnell has finally pushed the right button causing Donald Trump to threaten a lawsuit over comments O'Donnell made.


Trump threatened to sue O'Donnell on Wednesday for what he said were "many false statements" the MSNBC host made about the self-proclaimed billionaire on his Tuesday night show.

O'Donnell and Trump's twitter feud erupted this week. O'Donnell took to his show Wednesday night to respond to the threatening tweet.

"Donald Trump could never sue me," O'Donnell said in a still, serious voice that was vaguely reminiscent of Don Corleone ordering the murder of his enemies. It was a little chilling, in a melodramatic sort of way. O'Donnell announced that he knew Trump's "big secret," and that Trump "knows he knows his big secret."

O'Donnell was referring to the fact that, according to him, Trump lied about his wealth and was not really a billionaire. "He can't afford to sue me," he said fiercely.

I found this interesting because it is very similar to another incident in which Trump was involved in - the constant questioning (and continual doubting) of the president's birth certificate.

Trump has consistently made accusations that something was wrong with the president's birth certificate and that he was hiding something (perhaps not being an American citizen). Trump even went as far as to claim he sent a team of investigators to Hawaii to dig up the "truth" but that was only a lie considering Trump's recent comments doubting that the long form birth certificate Obama released after Trump's big commotion was a fake.

"I don't necessarily accept it," Trump said when asked about the issue. "As you know, check out the Internet. Many people say it's not real."

Well, if you check the internet, you will notice that many people say Trump is lying about his wealth and that his claims of being a super wealthy billionaire are greatly exaggerated. Looks like Trump should put his money where his mouth is (literally) and release his financial documents.
Posted by Kevin at 10:13 AM