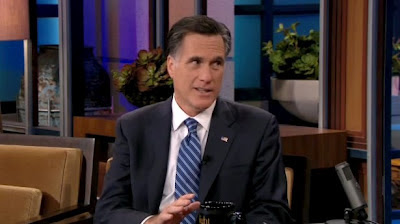 A local Colorado reporter approached Mitt Romney on Wednesday and proceeded to ask Mitt Romney some questions ranging from same-sex marriage to medical marijuana and immigration.


"Aren't there issues of significance that you'd like to talk about?" Romney responded. "The economy? The growth of jobs? The need to put people back to work? The challenges of Iran?"

"I'm not running on marriage and marijuana, those are state issues, right? Aren't they?" he said following the interview."

This is interesting considering Romney the candidate has endorsed an amendment to the constitution banning same-sex marriage, superseding the states, and medical marijuana, no matter how a state classifies it, would still be illegal under federal law.

Also, Romney blew off the important questions asking if there were more significant issues they would rather talk about, but if you consider the actions of Republicans across the nation, it would appear that Republicans are the ones who are avoiding what Romney calls "issues of significance."  Just look at the vote in North Carolina on Tuesday to ban gay marriage - why weren't Republicans more interested in focusing on the economy?
Posted by Kevin at 8:54 AM