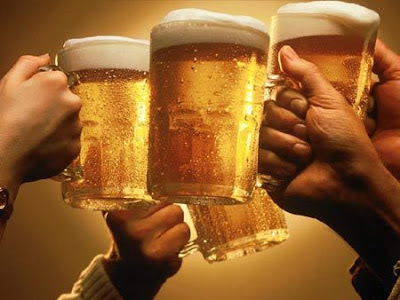 The Kansas legislature recently sent Governor Brownback a bill that loosened some of the states' liquor laws while tightening other restrictions.  Some of the bill's provisions cut back on some regulations, such as allowing bars to offer happy hour specials, permit micro-distilleries of liqour to sell and serve their products much like the way microbreweries can, allow liquor stores to offer samples of beer, wine, and liqour, and allow for farm wineries where people can grow grapes, produce wine and sell it on site or at other locations, and allow people sampling wines to buy bottles on site.  While those parts of the law seem reasonable, there is another portion that appears to violate the constitution - more specifically the Interstate Commerce Clause.

The provision of the law in question bans out-of-state ownership of wineries and microbreweries.  The bill completely disregards the protections from state-based discrimination promised by the Commerce Clause of the Constitution and the principle of the Dormant Commerce Clause. Unless Congress says otherwise, states may not regulate inter-state commerce.

Republicans are fond of referencing both the Constitution and states' rights but considering the regulation of inter-state commerce is an enumerated power, meaning the Constitution specifically reserves this power for the federal government - not Kansas.

This isn't anything new.  Up until 2009, Kansas outlawed importation of alcohol from other states other than by a licensed distributor, making it illegal for Kansans to order beer, wine, or liquor from out of state breweries or wineries, including by telephone, internet, and mail order.

Not only would the law be unconstitutional, it would also be anti-free market, but I doubt anyone will challenge this legislation should it be signed into law.

Update - After positing my opinion that the actions taken by the Kansas legislature are unconstitutional, I had a tremendous push back from individuals of the conservative persuasion who insisted the state had all rights to regulate commerce within its borders despite the implications on the rest of the nation.

H. P. Hood & Sons obtained milk from producers in New York for distribution in Massachusetts. Hood maintained three receiving depots in New York and applied to the New York Commissioner of Agriculture and Markets (Du Mond) for a license for another plant. Du Mond denied the license under Article 21 of the Agriculture and Markets Law of New York which stipulated that licenses for new plants could not be issued unless the Commissioner was satisfied that issue would serve the public interest and would not cause destructive competition in a market already adequately served.

Petitioner Hood argued on appeal that the law placed an unconstitutional burden on interstate commerce. The Court of Appeals affirmed and the United States Supreme Court granted certiorari.

The issue and majority rule:


Can a restriction imposed under state law be valid if its statutory purpose and practical effect would be to curtail the volume of interstate commerce for the benefit of local economic interests?

No. A restriction imposed under state law is invalid in light of the Commerce Clause if its statutory purpose and practical effect would be to curtail the volume of interstate commerce for the benefit of local economic interests.

A State may not promote its own local economic advantages by curtailing the volume of interstate commerce. A local embargo is invalid under the Dormant Commerce Clause. The denial of the license to Hood is neither consistent with nor authorized by the Federal Agricultural Marketing Agreement Act.

There is a distinction deeply rooted in our history and law between the power of the States to shelter the people from menaces to their health or safety, and the States’ lack of power to burden interstate commerce for their own economic advantage. Our economic unit is the nation and the states are not separable economic units.