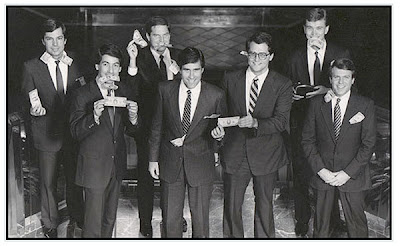 As a result of rising pressure from his republican opponents, GOP presidential candidate Mitt Romney has released his tax returns earlier then he said he would, releasing the return for 2010 first with 2011 to come soon.  His 2010 return shows that his effective tax rate for that year was an amazingly low 13.9 percent, or roughly one-third what an average worker pays in taxes.  His return also showed offshore accounts in tax-dodge havens like the Cayman Islands and Switzerland as well as charitable donations to the Mormon church (is it called charity when members of the Mormon church are required to tithe to remain a "member in good standing?").

Why is this an issue?

For the GOP field it should be applauded.  Republicans love lower taxes and every GOP candidate is campaigning on lowering taxes but the problem with Mitt's return is that here is a man who pays an extremely low rate when compared to the average worker who is advocating lowering taxes for the extremely wealthy.  Republicans have built up this resentment for hard-working Americans while pushing the idea that people like Mitt are suffering under a terrible tax burden but this return proves that the rich just want to get richer while the everyday man gets laid off or becomes underemployed... and has to pay a higher tax to boot.
Posted by Kevin at 7:58 AM