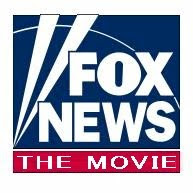 I had noticed something the other day while watching Fox News... Glenn Beck resembles, in both action and appearance, Jiminy Glick, the fictional character portrayed by Martin Short from the series The Martin Short Show, and then subsequently Primetime Glick.

When watching Glenn Beck, I always visit this thought and it helps me digest what I am watching, and at times, I even imagine that I am really watching Glick, and it brings a smile to my face.  It had also got me thinking of Fox News: The Movie; I would wonder who would play the remaining Fox talking heads.

I would think that Sean Hannity could be played by Tony and Emmy award winning actor, Nathan Lane.  Lane could bring some dignity and sophistication to the role, and maybe a song and dance number as well.  I imagine Sean Hannity in those old Scope commercials and it just cracks me up.  I would think that his character would play more of a supporting role in the film, and for some reason I picture him to be like another Lane character: Albert Goldman from The Birdcage, which also starred Gene Hackman, which brings me to my next actor.
Although the resemblance is not as great as the Beck/Glick and Hannity/Lane resemblances, but I think Academy award winning actor Gene Hackman could play an excellent Bill O'Reilly.  He could play a more fatherly role to the younger Beck, maybe offering a few heart to hearts, with arm wrapped around the shoulder, walking around the studio discussing how things work and showing Beck the ropes, only to later be eclipsed by Beck.  A also see a seen where Hackman's O'Reilly slaps a whiny Hannity.

All and all, I think this possible movie would be entertaining, and would be accompanied by the disclaimer: the following movie contains characters based on real people, but includes fictional reporting, much like their real life counterparts.
Posted by Kevin at 5:44 AM