Is Fox News Prepping To Back A Palin Presidential Run? 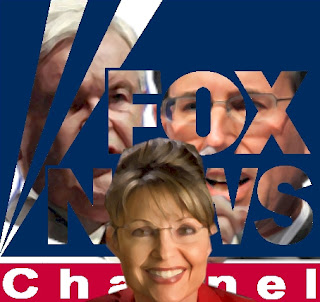 Fox News recently suspended paid contributors Newt Gingrich and Rick Santorum. Fox News host Bret Baier announced that unless the two announce whether or not they will run for the presidency in 2012, they will be terminated after a suspension of 60 days.

Patrick O'Connor wrote the following for The Wall Street Journal:


Paying Messrs. Gingrich and Santorum as commentators while covering their presidential campaigns would present a conflict-of-interest for the cable network. Their suspensions raise questions about two other Fox News commentators whose names are often mentioned in the 2012 mix – former Alaska Gov. Sarah Palin and former Arkansas Gov. Mike Huckabee. Both are mentioned as possible candidates, but neither has committed to running.

Mr. Gingrich, the former House speaker, is expected to announce his intent to form a presidential exploratory committee on Thursday during a press conference in Georgia. A more formal announcement is expected shortly afterward.

Mr. Santorum, a former U.S. senator from Pennsylvania, said in a statement that he shares Fox’s “commitment to ensure news organizations provide balanced coverage of the issues of the day. I intend to use the months ahead to continue my evaluation of a potential presidential run, and I will make an announcement on my final decision sometime in the coming months.”

Mr. Baier told viewers Wednesday that the cable network has been discussing the possibility of suspensions for both ever since the two men were mentioned as contenders for the Republican presidential nomination. “This had been contemplated from the start, from the very beginning,” Mr. Baier said.

Mr. Huckabee and Ms. Palin are often mentioned as candidates, but both have been publicly ambivalent and don’t appear to be as far along in their planning as Messrs. Gingrich and Santorum. Mr. Huckabee, who hosts a weekend show for the cable channel, has said he likely won’t make a decision until the end of the summer. In the interim, he wants to keep his job with Fox for as long as possible, the former Arkansas governor told reporters in Washington last week while he was in town to promote his new book, “A Simple Government.”

I find it interesting that Fox News would suspend Gingrich and Santorum, but not Sarah Palin - Huckabee is not a serious contender, despite his wins in the bible belt during the 2008 primary elections.  While O'Connor insists the two suspended contributors are farther along in their planning then Palin or Huckabee, I find that possible reason as to why Palin was not suspended faulty.

Over the past several months, Palin has publicly played with the idea of running for president - in an interview with Barbara Walters, Palin said she was "looking at the lay of the land now, and ... trying to figure that out, if it's a good thing for the country, for the discourse, for my family, if it's a good thing," and that she would beat President Obama in a 2012 match-up.

It is also a known fact that Palin has been at odds with both Gingrich and Santorum.  According to New York Magazine, Sarah Palin "despises" Newt Gingrich, citing an email Palin sent to an aide after a canceled speaking engagement.  Palin had also been at a war of words with Santorum - after he had commented on her motherhood, Palin responded by calling him a "knuckle-dragging Neanderthal."

It is also no secret that both Palin and Fox News are highly reveared by the tea parties, and as we have seen in the past, Fox News has no problem skewing the news to benefit both, so why all of a sudden would Fox News embrace corporate policy and suspend Newt Gingrich and Rick Santorum, when there is equal amount of evidence that Sarah Palin is planning a run next year?

Update! - Want a audio/visual aid of candidacy announcements and how they compare to Sarah Palin's comments regarding a possible run?  Jon Stewart and The Daily Show created a great montage of various conservatives pondering whether they should run or not - pay additional attention as to how similar comments made by Newt Gingrich are to the former half-term governor of Alaska.