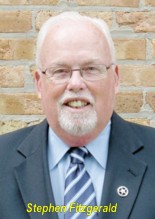 To me it sounds as if Walker planned on using the state troopers to stop Democrats dead in their tracks and force the legislation through, but unfortunately the Democrats skipped town to fast.
Posted by Kevin at 2:13 PM