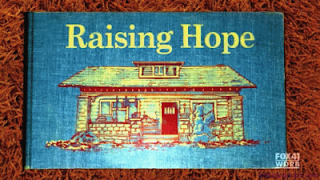 On Wednesday, Fox aired the newest episode of Raising Hope, in which two of the main characters, Martha Plimpton's Virginia Chance and Shannon Woodward's Sabrina, visit a free clinic because they both have a pregnancy scare.

Chance, a cleaning woman, discovers that she is late with her period and goes to the free clinic because she has no insurance and her family can't afford another child.  Sabrina, a grocery store clerk, goes because she too believes she is pregnant.

It turns out that both characters in the show are not pregnant, but isn't it ironic that this episode would air on Fox around the same time Fox News has been criticizing women's health providers like Planned Parenthood?
Posted by Kevin at 3:09 AM