Catholic broadcaster Jeff Gardner took to the airwaves last week to talk about a new blog that as been on everyone's mind (Lila Rose Is A Hypocrite!), but in discussing the website with Veracity Stew managing editor Stephen Moore, Gardner decided to lie on his program and attack my education and character, claiming I was a "drop out" and that people like Moore and myself shouldn't report on some things without having all the facts - that argument is interesting  considering he was defending Lila Rose and that he used his radio program to talk about me despite not having all the facts.

When notified of his errors, Gardner refused to backtrack, continuing down his path of lies, calling me a "drop out," "hack," and a "knucklehead."

I thought it was interesting that Gardner insisted his comments regarding me were not slanderous, because after all, he claimed on his program that they were not meant to "impugn" my character and that it was a simple mistake.  He had the facts in front of him - he just happened to ignore them.

Let me say this about Gardner, and I do so without the intent to impugn his character.  Gardner is a pretend Catholic who uses his program to aid and abet child prostitution rings.  Again, not to impugn his character, but Gardner's defense of Lila Rose, who sat on allegedly damning footage of clinics offering advice to pimps, is the same as Gardner offering advice to pimps.  Gardner is a pimp adviser.

It's nice to see Gardner embrace his faith and resort to petty name calling.  I think now would be an appropriate time to point out that during the interview, Gardner lamented the fact that the photographs of Lila Rose were edited and urged his listeners to look at them anyway.

I wonder if Gardner said his penance for his impure thoughts yet?

Wonder why Canada doesn't have a news organization like Fox News?  That is because they have laws in place to prevent lying in a news broadcast.


Canada's Radio Act requires that "a licenser may not broadcast....any false or misleading news." The provision has kept Fox News and right wing talk radio out of Canada and helped make Canada a model for liberal democracy and freedom. As a result of that law, Canadians enjoy high quality news coverage including the kind of foreign affairs and investigative journalism that flourished in this country before Ronald Reagan abolished the "Fairness Doctrine" in 1987. Political dialogue in Canada is marked by civility, modesty, honesty, collegiality, and idealism that have pretty much disappeared on the U.S. airwaves. When Stephen Harper moved to abolish anti-lying provision of the Radio Act, Canadians rose up to oppose him fearing that their tradition of honest non partisan news would be replaced by the toxic, overtly partisan, biased and dishonest news coverage familiar to American citizens who listen to Fox News and talk radio. Harper's proposal was timed to facilitate the launch of a new right wing network, "Sun TV News" which Canadians call "Fox News North."

The deterioration of real news in America coupled with the rise of conservative media feed into the Spiral of Silence, in which a vocal minority drive the narrative because their vociferation gives the appearance that they represent the majority.  Just consider the claims on media outlets that insist Republicans represent a majority of Americans despite having nearly 20 million less registrants then the Democratic party...

Is Fox News Prepping To Back A Palin Presidential Run? 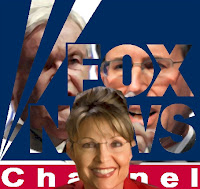 In a surprising move, Fox News suspended contributors Rick Santorum and Newt Gingrich until they end the speculation as to whether or not they will make a bid for the presidency in 2012, but their suspension raises an even more important question - why was Sarah Palin allowed to keep her job?

Comments made by Santorum and Gingrich are surprisingly similar to those made by Palin, byt Fox News decided to keep her on the payroll, and it is believed to be because Fox News is implicitly supporting a Palin run.  It is also no secret that Palin has been at odds with the two suspended contributors, calling Santorum a "knuckle-dragging Neanderthal" and according to an email Palin sent to an aide, she apparently "despises" Gingrich.

Jon Stewart did an excellent compilation of all the candidacy comments made by the pundits on Fox.


Should Significance Of Judge Vinson's Health Care Ruling Be Reduced Since Florida Is To Accept Federal Cash From Health Care Act?

Currenty, two judges have ruled against the health care reform bill while three judges have ruled in favor of the law, but of those two rulings against, should one of them be all but ignored because the plaintiff in the case, the state of Florida, has decided to accept cash from the health care act their lawsuit resulted in a unconstitutional ruling in federal court?

Florida sued the federal government over a law they deemed a violation of their constitutional rights, and according to a Florida federal judge, they were correct and the entire law is unconstitutional.  That same state - Florida - also sees no problem accepting cash from said unconstitutional law.

Should the merit behind the lawsuit be challenged because the state has decided to receive funds from the act it litigated against?

According to Scott's spokeswoman, there is no conflict because the money allocated to the state is not being used to implement other aspects of the act, but in my opinion, because the money is derived from the act, the governor and his administration are acting very hypocritically, essentially diminishing the weight of the ruling.  After all, as Gentry notes, Scott directed his administration to not engage in any activity that would implement the act, and part of the implementation of the act is a federal health grant from the Department of Health and Human Services, but it is apparent that Scott selectively views the act as being only the things he opposes, such as the individual mandate, so money to upgrade technology to process information related to the law is bad but money to help support the mentally or physically disabled is okay.


John Boehner To Get House To Defend DOMA

Remember when Republicans claimed that when they get elected into office they will focus on jobs, not like the Democrats haven't been doing so for two years?

It turns out Republicans are easily distracted.  Since being sworn in, Republicans have tried to tackle every issue but employment, and the one time they try and make a budgetary decision, studies show it would result in the loss of hundreds of thousands of jobs, but now Republicans have found another distraction - the Defense of Marriage Act.

In another edition of The Blame Game, Boehner thinks he can shirk his responsibility and push the right-wing agenda by blaming the administration's lack of focus.  Isn't a tenant of the GOP personal responsibility?

As you may be aware, I am an opponent of homeowners associations, and have reported on one mess of a neighborhood in Orlando, Florida for some time.  Sand Lake Hills Homeowners Association, Inc. (formerly Sand Lake Hills Section Two Homeowners Association, Inc.) and their lawfirm Larsen and Associates, had repeatedly skirted the law in insisting that their HOA was the official governing corporation of all surrounding neighborhoods with similar names and covenants and restrictions.  It turns out they were wrong - the plaintiff in the case recently announced on his website that he had won his nearly 3-year-old court case against the association.

The sad part about the story is had the plaintiff not spent the time and vast amounts of money on defending the property rights of the entire neighborhood, the corporation would have continued to abuse their power and erode the rights of close to one thousand homeowners. 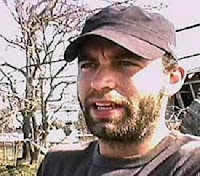 Big Journalism has jumped to the defense of one of their contributors, FBI informant Brandon Darby, because New York Times writer James C. McKinley Jr. wrote in a recent article that Darby "encouraged" anarchists who planned on firebombing the RNC in 2008.

Big Journalism enlisted their friend James Walsh at the Minneapolis Star Tribune to write to McKinley informing him of his mistakes.  McKinley responded in a one-sentence email saying "Thank you for you letter and for straightening us out on that point."

That one sentence was enough for Big Journalism to come to the conclusion that McKinley was aware that what he wrote about was supposedly false and that the New York Times purposefully published a lie, but the whole basis for Big Journalism's and Walsh's argument stem from the trial of anarchist David McKay, in which during sentencing, McKay claimed he lied about the role Darby played in the firebombing plot.  McKay had made contradicting statements in the past, but once he was guilty and faced sentencing, he started to give another "truth," and apparently that was good enough for Walsh.

What was interesting about Big Journalism's defense of Darby is is their attacks against their critics - Big Journalism claimed that it was "crystal-clear that there was never any evidence to suggest Mr. Darby did anything to encourage the plot to murder Republicans, yet his article remains uncorrected."

This is similar to the criticisms of Lila Rose's videos - it is "crystal-clear" that the videos do not depict any illegal activities, but that doesn't stop them from continually posting their articles claiming otherwise.

I also wondered why Big Journalism failed to print retractions or demand corrections from other fellow Big contributors like Jim Hoft or Frank Gaffney, who have been caught in numerous huge lies in the past - Hoft accused Obama of laundering money for Hamas and Gaffney believed Obama was a crypto-Muslim and was submitting to Shariah Law because the redesigned logo for Missile Defense Agency, authorized under the Bush administration - resembled a crescent - not to be outdone, Hoft also had a logo/cresecent reference on his own Gateway Pundit later that year (also mentioning the Missile Defense Agency logo).
Posted by Kevin at 9:57 AM