From an article by Mike Lillis of The Washington Independent: 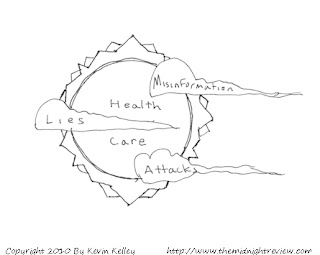 In 2004 — amid controversy over the Bush administration’s efforts to bury unflattering cost estimates of the Republican’s Medicare reforms — no less an authority than Sen. Charles Grassley (R-Iowa) deemed the CBO’s analysis the final word.

The CBO yesterday released its cost estimate of the Democrats’ reform bills, finding that enactment of the Senate-passed bill and the reconciliation fixes would yield $138 billion in budget savings over the next 10 years. That hasn’t helped Republicans, who have warned for months that the reforms would bankrupt the nation.

The conservative-biased mainstream media is a joke.  Where are the counter narratives?  Where is the objective reporting?

Unfortunately for reports such as this, the GOP and their propaganda wings will quickly sweep the hypocrisy under the rug, claiming things were different back then, as they always are.  Things are always different when the GOP does something.  Ever consider the real problem is the Republican Party?  As a Republican, I am ashamed that my party would do something as idiotic as what they have been doing for the past several years, and I am even more annoyed that they would want me to be a straight-ticket voter or get out.  This is why I have not changed my party affiliation - except for my sign of protest after the election by switching to Libertarian, but that was a mistake (I should have registered Socialist).  I plan on using my vote to try and keep any kind of right wing Tea Party activist out of office by sending the party a message during the primaries.
Posted by Kevin at 7:34 PM