I know we have written favorably about Charlie Crist in the past, but now that the primaries are all said and done with, we here at The Midnight Review are now officially endorsing Charlie Crist campaign to become Florida's next Senator.

This author had an opportunity to meet the Governor today at the Plumbers and Pipefitters Local 803 for a quick campaign meet and greet - even though I am not a plumber, my band's name is The Midnight Plumbers, so I guess it was fitting that I attended this event!

The hall had a good crowd of both Republicans and Democrats, and was stocked with campaign literature, apparel, stickers, and signs.

The standard set of campaign songs played over the PA system like "Don't Stop Believin'" by Journey or "Let's Get It Started" by The Black Eyed Peas (good thing he didn't go with the original "Lets Get Retarded" or he would have Sarah Palin on his ass).  They also played the most misinterpreted campaign song ever - Bruce Springsteen's "Born In The U.S.A.," but considering he is running against the uber-conservative Republican Marco Rubio and there are the ongoing wars of Afghanistan and Iraq in the background, maybe the song was contextually correct in its use during the event.

The event also supplied refreshments of popcorn, mints, coffee, and soda (Coca-Cola products) - one would think in the true spirit of running an independent campaign, the staff would have chosen something other then Coke or Pepsi products, like RC Cola or Faygo.


Warming up for Crist was Republican State Senator Mike Fasano. 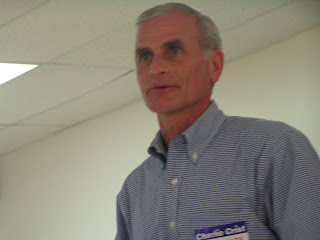 Eventually, Crist got up to give a quick speech about the benefits about being independent of the major parties and that he is free to work for his constituency. 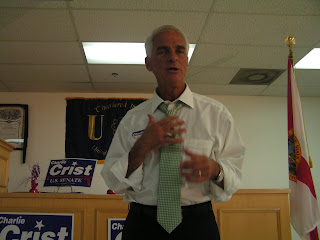 Overall, Crist really connected with the audience.  He made a point to meet with every person in attendance, listening to what they had to say and sounding sincere - I understand he is a politician but taking into consideration his facial expressions and body movements when talking to everyone, he seemed to have an honest interest in what people had to say.

Here are some more photos of the event: 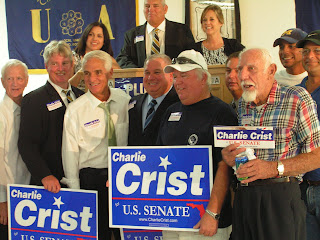 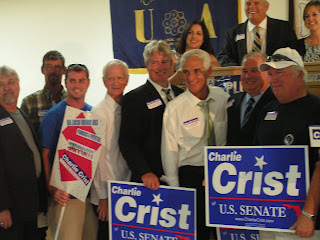 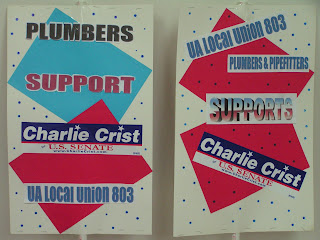 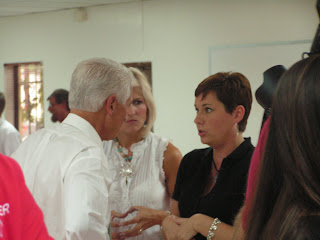 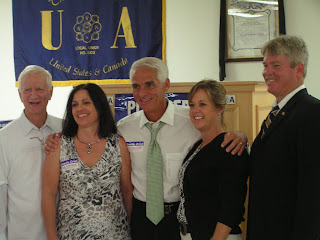 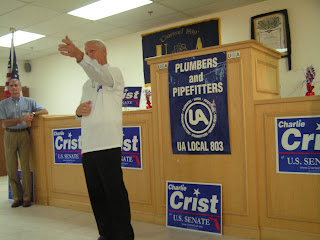 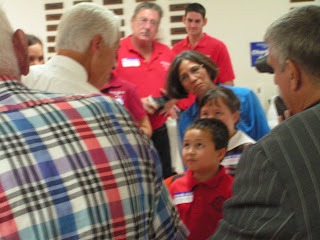 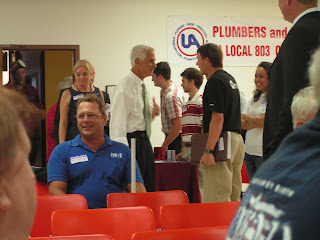