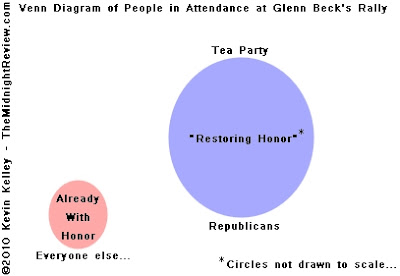 Some right-wing hucksters like to throw out the numbers compiled by professionals i exchanged for amateurish headcounts putting the crowd at 1,040,000 or higher.

I find it interesting that those professionals had also used the same methods to determine the president's inauguration attendance records - a number which conservatives liked because it was less then the generally accepted two million.

These hypocrites want it both ways, which is why they are... hypocrites!
Posted by Kevin at 2:43 AM