On August 27th, 2010, Mike Pecher posted the following article (below is a screen shot): 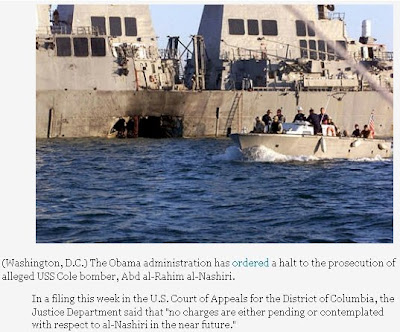 On August 31st, John Smithson posted the following (below is a screen shot): 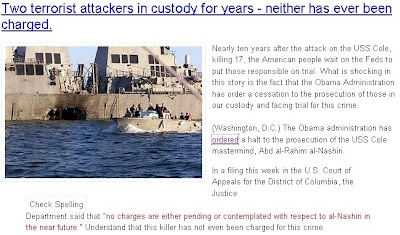 Notice the similarities and lack of credit between the original Pecher article and Smithson's cut-and-paste job?  Smithson's "article" contains 84% of Pecher's words and consists of zero mention of Pecher - not even a hyperlink (although he did keep the link within the article that sourced a Washington Post piece by Peter Finn).  He even included the picture!

This is as is just more evidence of his constant plagiarism - he had copied the majority of the content from a Daniel Klein Article from The Wall Street Journal, a George Will article for RealClearPolitics, a study by The Pew Research Center for the People & the Press, a Joshua Rhett Miller article for Fox News, and a Cat Corben article form The American Thinker.

Since the publication of our first five articles detailing John Smithson's plagiarist tendencies, Smithson had significantly changed the way he posts to his website, using more original content and minimizing his citations, but it appears that old habits die hard...

Update - John Smithson is apparently upset that I pointed out some more of his plagiarism.  He sent me an insulting message (actually he's left numerous insulting messages but I have refused to post them because they do not comply with this site's terms of use).  Anyway, I've decided to post his most recent comment in regards to this post, in edited form, because I felt some things needed to be pointed out:

Basically Smithson insists that his article is properly linked, but going back through his post, there are zero hyperlinks directing traffic back to the original source.  Again, Smithson did copy the hyperlinks in the Pecher article to the Washington Post Peter Finn article, but he lacks all proper citations for the source he actually ripped his article from - The Jawa Report.

As for Smithson's insistence that I bet him?  I am not going to play his games, and if Smithson wants an "open forum debate," he is going to have to comply with some simple online etiquette first, and that means be able to post a comment that requires no blackouts like the one above.  After all, is it very Christian-like to insult?  This only shows that Smithson does not want an open debate, because he is already exhibiting the behavior of a closed-minded person.
Posted by Kevin at 12:16 AM