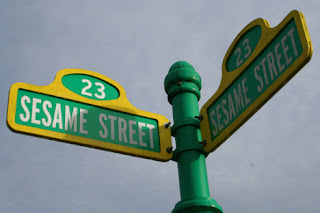 Andrew Breitbart's Big Journalism posted an interesting story by Christine Brim, calling for NPR, PBS, and the CPB to be stripped of all government funding. Brim asked the following: "Is it U.S. policy to fund organizations like CPB and PBS, that then send employees to train Muslim-Brotherhood, Hamas-associated groups like CAIR to improve their 'leadership' abilities to impose shariah defamation laws in America?"

I have decided to take a serious look into Brim's claims and found that she is correct - Islam is being glorified by PBS and is part of the administration's attempt to Islamicize America, most likely to bring it closer to Kenyan-born Obama's Muslim philosophies.

Just take a look at the PBS' childrens program Sesame Street - it is overflowing with secret Muslim teachings. 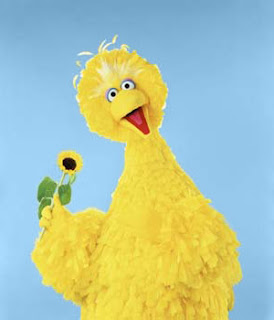 He's tall and has a funny apperance.  Doesn't he resemble someone?

And then there is this picture I found on the internet: 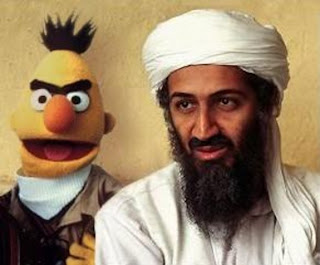 Even look at the name - Sesame Street.  I recall a certain mention to sesame from the collection of Middle Eastern stories "One Thousand and One Nights" - it's even called "Open Sesame" in other countries!

And then there is this link to the President: 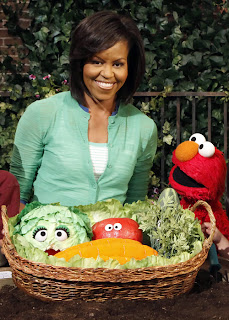 PBS' secret plan to popularize Shariah Law and assault American culture is nothing new either - check out this magazine cover from 1976: 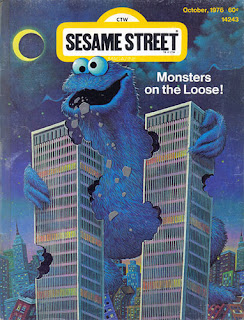 Notice the blatant Muslim crescent on the top left of the magazine cover?