The Daily Show Political Party - Vote For Me! 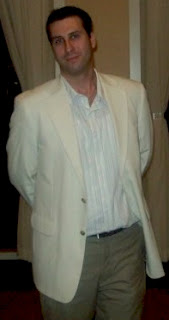 I am formally requesting assistance from The Daily Show on Comedy Central to sponsor my candidacy for elected office in 2012 to compete against newly-elected Republican Daniel Webster. Should Comedy Central take up my offer, I would run on The Daily Show Party ticket and campaign on a platform of rationality, civility, and sanity.

What better way to not only restore sanity to Washington, but to illustrate the hypocrisies in the media, such as Fox News, who have consistently misrepresented facts, when facts were present, to push their own agenda and their preferred political candidates. Just consider the relationship some legislators and candidates have shared with Fox News in the past, such as Palin becoming a paid employee of the broadcaster and failed politicians like Christine "I Am Not A Witch" O'Donnell who refused to talk to any media outlet but Fox News.

I am not only requesting The Daily Show to prop up my candidacy, but candidates all across the nation. We can combat the GOP's Young Guns, or any other quirky-named political group with our own - The Sane Train. We can roll on into Washington to help put an end to partisan bickering, which in the end only causes Americans to suffer.

I have three basic principles that I would run on - if elected, I would be willing to take a pay cut from the average salary a representative makes, I would always vote alongside my constituency, not against them, and I would only meet with the people (voters) I represent - not special interests.

This is just the basics of my theoretical campaign (as well as potentially hundred of others), but I would love to turn this into a reality - a movement of sorts!