Its that time again for the weekly review (more like bi-weekly since I forgot to do one last week). 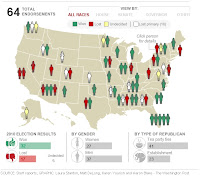 We learned three things from a CNN piece discussing Lisa Murkowski's win in Alaska - closed primaries don't work, Sarah Palin isn't all that of a political kingmaker, and the Republican primary needs to move closer to the center to be victorious!

The primaries picked a really conservative candidate that the general electorate overwhelmingly refused by actually making history, sending incumbent Lisa Murkowski back to Washington on a write-in bid.

When it comes to a Palin endorsement, you may be better off flipping a coin - half her picks lost!

Democrat Gary Ackerman proposed a bill to repeal healthcare to force GOP legislators to make good on their promises.  The bill was called HIPA-CRIT (Health Insurance Protects America—Can't Repeal IT).


The Daily Show Political Party - Vote For Me!

I had an idea - have a media outlet fund and promote an electoral campaign to illustrate just what is wrong with Fox News and their relationship with the Republican party.  What better channel/program to ask for help from then Comedy Central's The Daily Show... 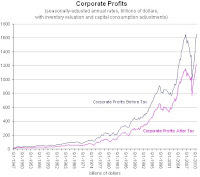 Wayne Crews from Big Government decided to write a piece about anti-business Obama choking businesses with countless regulations.  Crews seemed to time his piece nicely with reports that American companies had their best quarter ever, posting trillions in profits - $1.66 trillion to be exact.

What again about that crippling regulation, Crews?

Glenn Beck's coworker and frequent guest, Andrew Napolitano, had made comments revealing that he believed there was some sort of government involvement/cover-up when discussing the collapse of one of the World Trade Center buildings. Surprisingly, Glenn Beck hasn't called for his resignation. 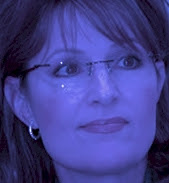 The Alaskan Claptrap had decided to open her mouth once again to attack someone else who criticized her.  Barbara Bush, the former first lady and mother of Obama's predecessor, made a comment that she "hoped" Palin would stay in Alaska.  Palin responded by attacking "blue bloods."

This is interesting considering Palin is backing loser Joe Miller's legal challenge to the election in Alaska, where competition did pick the winner - just not her winner.

Detailed reports are now trickling in, revealing this whole citizen uproar over TSA body scanners and pat-downs are really manufactured stories from libertarian activists tied to the billionaire Koch brothers and organizations they fund.  The report cited also shows a possible connection between private corporations and Florida Representative John Mica, who may be acting to dismantle the organization he helped create to help funnel money to special interests.

Al Gore recently made statements regretting his support for government ethanol subsidies, which have reached $7.7 billion last year with ethanol demand putting a squeeze on corn crops and food stocks, all while food prices are going up.  This story reminded me of another reason why Glenn Beck's belief that inflation is going to destroy the commodities market is just a bunch of crap designed to convince his listeners to buy into a sham food insurance company Beck is now hocking on his programs.

Also, I had an interesting thought - in a post-apocalyptic world, does Glenn Beck really think his insurance agent will be able to give him a helping hand?  Does he believe his pocket full of gold coins from Goldline is really going to help him?  Has Glenn Beck ever watched movies like Waterworld or Mad Max? 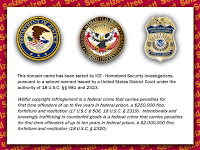 This article was extremely interesting (and perhaps my favorite for this week), and I'm not just saying so because I wrote it.  Big Government's Mike Flynn wrote a piece attacking the Department of Homeland Security for seizing several piracy websites that were involved in illegal downloading and counterfeiting.  According to Flynn, the government wasted its time focusing on purses instead of handbags.

Flynn aparently missed the memo by organizations like Interpol that have linked piracy and counterfeiting to terrorist organizations like Al-Qeada - these groups have to get their funding somehow and they don't seem to concerned about the legalities of their actions.

When Flynn's fans were confronted with the fact that their counterfeit Guccis may contribute to terrorism, they were more upset that the government put a stop to the illegal websites because they believed it violated the "due process" clause of the Constitution, but their evocation of the clause was surprisingly absent when Pakistani-born American terrorist Faisal Shahzad was caught after trying to detonate a bomb in New York's Times Square - I believe they called for some pretty extreme measures in that case.
Posted by Kevin at 11:02 AM