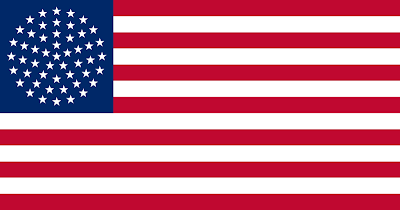 An article from The Washington Times, written by Republican Representative Doc Hastings, discusses the possibility of a bill to change the status of Puerto Rico. The Puerto Rico Democracy Act (H.R. 2499) is intended to provide a federally sanctioned vote to Puerto Ricans, allowing them to change the political status of their nation, to either remain a territory, become a state, or possibly an independent country. According to Hastings, Democrats may be trying to push this vote onto the American island to try and siphon representatives away from other states that may make some gains from the 2010 census.


H.R. 2499 would create a two-step voting process. First, the people of Puerto Rico would vote for either maintaining the status quo or selecting a different political status. If the majority select "different political status," a second vote would be held that would give people three options: independence, free association with the U.S., and statehood. It is said that the results of this plebiscite would be nonbinding, but it could set the stage for a congressional vote on making Puerto Rico the 51st state as early as next year.

Hastings doesn't like the sound of that. It is his belief that nobody fully understands the implications of independence or statehood, and he believes it is his responsibility to detail why this bill is a bad idea, which boils down to the prospect of Republicans losing representation to what may potentially become a blue state.

Hastings is also very upset that Puerto Ricans everywhere will be allowed to vote.


Another troubling facet of this bill is that it expressly permits nonresidents of Puerto Rico to participate in the votes. Anyone born in Puerto Rico and living in the 50 states would be eligible to vote. For example, a person who has been a 30-year resident and registered voter in Ohio, Maine or Tennessee could cast a vote simply because he or she was born in Puerto Rico. This is unprecedented, and it's wrong.

This would be like denying Americans the right to vote should they be overseas at the time of an election. Hastings believes that Puerto Ricans are only Puerto Ricans if they live on the island, and if you have ever spoken to a Puerto Rican abroad, Hasting's comments are the farthest thing from the truth, and are downright disrespectful to our Caribbean citizens.

Robert Moon, of examiner.com, makes the same assertions that Hastings does.


Not only is Puerto Rico already a fully-functioning democracy, but it has also repeatedly rejected attempts to turn it into a U.S. state, for decades.

But still, desperate to create new Democrat voters and elected officials, the left is now aggressively setting the stage for the creation of a 51st state.

Due to its dense population of poverty-stricken minorities, Puerto Rico can be counted on to vote overwhelmingly for Democrats and all their handouts, and their representation will also consequently outnumber that of 25 other existing U.S. states.

To me, it seems that this conservative backlash against the legislation is a discounting of an entire population of America. Moon, like Hastings, is afraid that all four million Puerto Ricans residing on the island will vote Democratic, making it impossible for Sarah Palin to become our 45th president. For the GOP, the only good Latino is a Cuban.

Moon is also worried that should Puerto Rico become a state, they will immediately go on the welfare rolls and the federal government will pump money from the other 50 states to make sure the island meets mainland standards. Also, like Hastings, there seems to be a concern about language. Moon writes that statehood would "force the U.S. to become a bi-lingual country overnight." He sites this Washington Times article by K.C. McAlpin for support.


Statehood supporters say such concerns are unwarranted because Puerto Rico has made both Spanish and English official languages. But even though most well-educated Puerto Ricans speak English, and English is widely taught in the public schools, the island's four million residents are still overwhelmingly Spanish-speaking, according to the Census. And the default language of Puerto Rico's day-to-day government operations is Spanish, not English.

Unless that changes and Puerto Rico agrees to conduct its government operations in English like all the other 50 states, admitting the Spanish-speaking island to the Union will have an immediate impact on this country. Puerto Rico is likely to demand that the federal government operate in both English and Spanish to accommodate its congressional representatives and its Spanish-speaking citizenry. That will give rise to speeches and debates in Spanish on the floors of Congress with simultaneous translation similar to what we now see at U.N. meetings.

No conservative attack would be complete without input from Glenn Beck, of course.  On Beck's radio program today,  he warned his audience that they will "be sewing a new star on your flag: Puerto Rico," and in the special fear-mongering way about him, Beck tries to convince his listeners that Puerto Ricans don't pay taxes, yet reap the rewards of being property of America.  Christine Schwen of Media Matters points out that Beck's statements are false, and that while most Puerto Ricans don't pay federal income taxes, they pay various other federal taxes, and I must give kudos to Schwen on this one, she challenges Beck's understanding of history, stating that Puerto Ricans are citizens of the U.S.

Randy Haddock also wrote a great article on RedState in response to Hastings' one, stating that the Commonwealth status is a "zero-sum game" and that the bill is not a Democratic initiative, pointing out that Republicans have been the ones who have traditionally supported the push for statehood. Haddock also points out that the majority of the members of the political party that advocates statehood are members of the Republican Party, which is contrary to Moon's claims that the island will overwhelmingly vote Democratic.


Statehood is not being forced upon anybody. When the Clinton and Bush White House Task Forces determined the current “commonwealth” status defined Puerto Rico as a territory under the territorial clause, many commonwealth supporters abandoned it and asked for feasible, non-territorial options. This bill doesn’t force any of these options on the people of Puerto Rico, and it first asks them whether they want to remain a commonwealth, which they are free to do under the principle of ‘government by consent.’

It is the duty of the federal and local governments to make sure there is still consent for the current relationship between Puerto Rico and the U.S. There’s nothing wrong with asking them to vote in reasonable intervals. Specifically since the current status has been declared as territorial, which in layman terms means “colonial”.

Haddock also addresses the issues regarding representatives and language, mentioning that when other states were added to the Union, the size of congress increased, and as for language, there are already other states that have two official languages, like Louisiana or Hawaii.

Haddock's article also puts Moon's claims that statehood will cause "truckloads" of money to be pumped into Puerto Rico to rest. According to Haddock, the Congressional Budget Office puts the costs in the millions, not billions, indicating "the cost would have been $10 million a year under a bill approved by the Senate Energy and Natural Resources Committee and less than $5 million a year under an amendment passed by the Senate Finance Committee."

Jaime Fortuño of The Huffington Post made the same conclusion, asking congress to "let democracy rule":


This is not a Republican or a Democrat issue or bill. Both Bush and Obama have publicly expressed their support for self-determination.

Fortuño seems to have first hand experience with this issue, being Puerto Rican, which gives him a different perspective on the matter then say someone born in Spokane, Washington. "I respect the small pro-independence movement and their right to a voice," Fortuño writes. "I must also respect the will of the colonialists who worship the status quo even when everything around us is corroding because of it."

Out of the three choices, only two seem to grant Puerto Rico the respect that it deserves - statehood and independence. It is only fair that we work with Puerto Rico, then to dismiss them as nothing more then a remnant of an imperialist era. I for one favor statehood, and believe that there is much to benefit from with the admittance of Puerto Rico to the Union, but considering Hastings' article, the time to ignore political differences is never, and it appears the GOP will politicize every little thing supported by the administration, making it a matter of good versus evil, but that is just not the case.
Posted by Kevin at 3:54 PM