John Smithson, conservative activist over at the Midknight Review, is at it again, spreading his lies and misinformation about this site.  Apparently, his newest whopper, is that this website is liberal, and his proof is that an advertisement for Barbara Boxer appeared on my web page.  Smithson just shows how ignorant he is to the way things work in the world, because had he taken the time to think before making such idiotic comments, he would have realized that I have no control over the content of the advertisements on this site.

They are based on algorithms designed by Google, not me, and so the content of the ads are created by some kind of complex equation that takes into effect everything from page text to reader location, hence the advertisements for Barbara Boxer on Smithson's screen (Smithson lives out in California).

The closest thing I had ever written that Smithson can use to back up his lie is an article I wrote last September that discussed Andrew Breitbart's connections to Fox News, referencing a Big Government article by Chuck DeVore, the California assemblyman vying for Boxer's seat.  Chuck DeVore himself had even commented on my blog post, leading me to call out his "populist knee jerk reaction" as a way to play off the media coverage for more votes.

As I had also pointed out before in another post comment, I have other conservative advertisements on this site as well, and here are some pictures of them from my front page (I will add more as they pop up on my screen):

And here are some more from my feed: 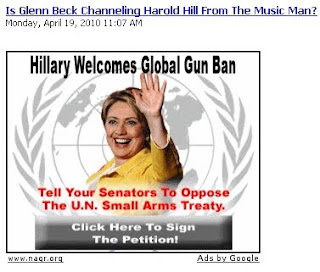 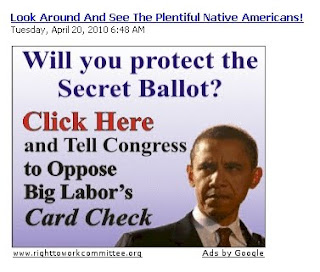 Notice how the latter ad from my website is an ad by Rick Scott, Republican gubernatorial candidate for Florida?  That is because I am in Florida, and Google's intuitive algorithm recognizes that posts I have made contain content relative to the advertisement.  The plentiful Obama ads, either for or against, are probably because of the amount of articles that discuss the president (he is my top label).  I am sure that if I wrote enough blog posts about President George W. Bush clearing brush on his ranch, you would begin to see advertisements for landscapers...

Case in point, the following advertisement that features multiple links with the word "midnight" in the title:

If Smithson's whole argument hinges on my advertisements, then I think he better find a new angle, because right now, I think my six conservative advertisements beats his single liberal one.

I was recently surfing 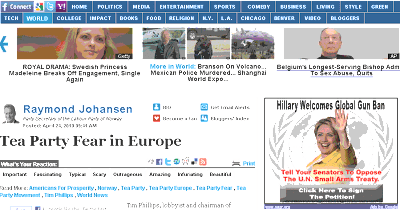