I read this post earlier on Reuters regarding Bobby Jindal and the oil disaster, declaring Jindal the victor over the White House:


Standing at a podium in Venice, Louisiana, an aide handed Jindal a piece of paper informing him that the White House had approved to a plan requiring BP Plc to spend $350 million to build five barrier islands. The sand islands hopefully will shield the state's fragile coastline from an onslaught of oil.

Over the past few weeks, the barrier islands have become a flash point between the White House and Jindal, the 38-year-old son of Indian immigrants with national political ambitions.

With criticism of President Barack Obama mounting, Jindal has buffed his political credentials by vilifying both London-based BP and the Obama administration, political analysts said.

"Our federal government does not need to be making excuses for BP," Jindal said during the news conference, only moments before he received word that the White House had approved his request. "Every day they make us wait, we're losing our battle to protect our coast."

After Hurricane Gustav hit Louisiana in 2008, the Oxford-educated Republican governor proved his mettle as a savvy crisis manager who could reel off detailed information on the number of ice bags and power generators on hand.

Now the oil spill has allowed Jindal to display his grasp of fine details while portraying both BP and Obama as ineffectual, said Bernie Pinsonat of Southern Media and Opinion, a Baton Rouge polling firm.

"Jindal has clearly run circles around (Obama) in being out in front on the issue," Pinsonat said. "You can see the tread marks all over Obama, up and down his back."

I have a different opinion then that of Pinsonat - I don't believe Jindal ran circles around Obama.

First, I find it interesting that the governor who refused help from the federal government to tackle the nation's economic woes is the same governor that is now reaching out for help to battle the nation's worst environmental disaster.  I question Jindal's sincerity, believing he is playing on the memories of Hurricane Katrina, a hurricane that plagued his state five years ago, for political gain, and in some circles, he appears to be winning.  I question where are the governors of Alabama, Texas, Mississippi, or Florida in regards to this oil disaster.

While Charlie Crist has changed his position regarding offshore drilling following popular opinion, after all, he is campaigning for one of Florida's Senate seats, Mississippi Governor Haley Barbour has pretty much dismissed this entire disaster, Alabama Governor Robert Riley complained that Louisiana was getting all the attention, and the Texan governor was out shooting wildlife on his daily jog.  Did I forget to mention that all are Republicans?

It seems that since Bobby Jindal already had his name out there in the national political scene, he jumped to the opportunity to be the voice of the south against the administration.  Jindal is nothing more then an opportunist, and his latest foray into the national spotlight highlights that he learned a bit from his last major rebuttal to the president - his amateurish response to President Obama's speech to a joint session of Congress early last year.

Jindal called for miles of berms to be built along the coast of Lousiana, immediately, and when they were not done overnight, he complained of the administration's inefficiency.  The Army Corps of Engineers were considering the plans and following the law.  That wasn't fast enough, prompting the Wasilla Warrior to bless Jindal with some wise words - ignore federal environmental laws.  Apparently Palin forgot that the confederacy - both of them - was a failed experiment in American history, and the founding fathers opted for a federal form of government.

Now the federal government approved the building of five barrier islands, but will that be enough?  I am sure Jindal and his team of inept Republican governors will think otherwise, except Crist, who is in league with the president since that time they hugged.  Conservatives will probably use this decision to prove that Obama is weak and the states prevailed, and on top of that, now those who cried for the islands are attacking the president for forcing British Petroleum to pay for them.  Jindal made the claim that BP will only pay for one of the islands, which according to Politifact is mostly true.


It turns out that Jindal is right about BP paying for one of six segments of sand barriers, but there's more to the story. As Tapper's comment suggested, the feds aren't so keen on the idea of building sand berms. Federal agencies are chiefly concerned that they can't be constructed quickly enough to intercept the oil, and that they will divert money and attention from other efforts.

Nevertheless, on Thursday, May 27, 2010, U.S. Coast Guard Admiral Thad Allen said the government would give permission for the construction of six barriers and authorize BP to pay for one, as a test to see if the barrier plan is feasible. That one barrier would cost $16 million and be paid for by BP or the federal Oil Spill Liability Trust Fund.

"Louisiana's original proposal called for the dredging of more than 92 million cubic yards of material over a six to nine month period to build temporary barrier islands," said a statement issued by the Deepwater Horizon Unified Command. The group approved a more limited project because "implementation of the proposal in all areas approved by the Army Corps of Engineers, in the midst of an active spill, would not be prudent or provide effective protection—especially considering the complications of a major construction project occurring in the midst of a response encompassing more than 20,000 personnel and 1,300 vessels."

The U.S. Army Corps of Engineers listed 33 separate conditions that had to be met, including protections for navigation channels and wildlife.

Allen said the approval was meant as a test case. "There are a lot of doubts whether this is a valid oil spill response technique, given the length of construction and so forth," he said. "But we're not averse to attempting this as a prototype."

Wait a second... the federal government is skeptical about spending money on a thing that may not work and conservatives aren't on board?  Wasn't that the main complaint surrounding the stimulus?

Again, I come to the conclusion that Republicans are a bunch of whiny babies, exploiting a disaster, while the administration is handling this disaster in a detailed, responsible manner...

Didn't they exploit another disaster too in order to get their way? 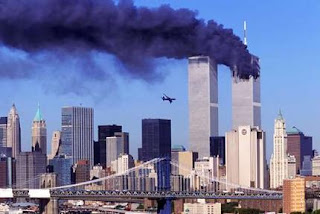