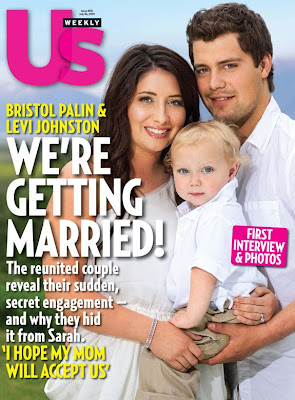 I just had one question: "Which parent has blond hair and blue eyes?"

While newborn's often have blue eyes that darken with time, usually settling on a permanent color by age three, Tripp only has a 6.25% chance of having blue eyes if both parents have brown.  Tripp is approaching three years of age. 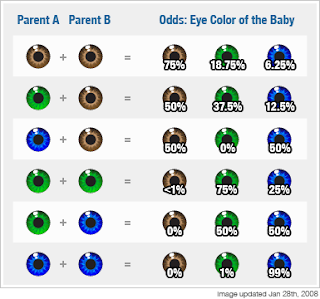 Update - I had made a similar comment on The Huffington Post and had received some interesting comments in response.  One comment from a person called Sunshine1970 put an interesting thought into my head.

What if Bristol had to quickly announce this engagement because she was pregnant?  That would sort of put the kibosh on her "abstinence" career...
Posted by Kevin at 11:42 AM